by Andrew Joseph White
Category: Bestsellers, Young Adult Themes: Diversity & Inclusion, Friendship & Family
A furious debut novel from Andrew Joseph White about embracing the monster within and unleashing its power against your oppressors. Perfect for fans of Gideon the Ninth and Annihilation.
Buy from a Retailer:

A furious, queer debut novel about embracing the monster within and unleashing its power against your oppressors. Perfect for fans of Gideon the Ninth and Annihilation.

Still, Nick offers Benji shelter among his ragtag group of queer teens, as long as Benji can control the monster and use its power to defend the ALC. Eager to belong, Benji accepts Nick’s terms…until he discovers the ALC’s mysterious leader has a hidden agenda, and more than a few secrets of his own.

Andrew Joseph White is a queer, trans author from Virginia, where he grew up falling in love with monsters and wishing he could be one too. He is a graduate student in George Mason University’s Creative Writing program and has a habit of cuddling random street cats. Andrew writes about trans kids with claws and fangs, and what happens when they bite back.

“‘Hell Followed With Us’ bristles with energy and intensity, written with a kind of gleeful ferocity. . . . It shines in crystalline moments when Benji considers himself and his body, the viciousness of the virus taking hold and the irony of its unexpected gifts. . . . White’s novel . . . [responds] with a long, sustained scream to the various strains of anti-transgender legislation multiplying around the world like, well, a virus.”—The New York Times

★ “[An] astounding and exhilarating debut. . . . This fast-paced adventure is chaotic in the best way, featuring diverse and relatable characters that readers will fall in love with, despite their flaws, and a heartrending love story that reminds us that humanity seeks comfort even in the most painful of times.”—Booklist, Starred Review

★ “This cinematically gory apocalyptic horror not only delivers high stakes, fast-paced action, and fraught romantic drama, it engages critically with the intertwining impacts of colonialism, capitalism, and White supremacy. The resistance truthfully depicts diversity within queerness while also holding White queer people accountable for gatekeeping and upholding White supremacy. . . . A restorative, hopeful resolution brings the story to a satisfying close without turning Benji into a savior. A gloriously ferocious and scorching blaze.”—Kirkus Reviews, Starred Review

★ “Using evocative and visceral language, compact storytelling, and inventive worldbuilding, White delivers a transformative depiction of apocalypse through a queer lens. This debut is a moving and timely tale of queer perseverance, offering hope for those fighting for the right to exist without apology.”—Publishers Weekly, Starred Review

“A compelling, powerful, and ultimately reassuring message for teens deep in their own varied versions of misery.”—The Bulletin of the Center for Children’s Books

“This book made me feel as understood and validated as I was unsettled and pissed off.  With vivid prose and a mirror held up to the ugliest parts of ourselves, Andrew Joseph White is poised to become a defining voice of our generation.”—H.E. Edgmon, author of The Witch King

“Gloriously dark and immersive, Hell Followed with Us cuts straight to the core. With its endearing cast, detailed worldbuilding, and breathtaking horror, this novel kept me at the edge of my seat. Hands down the best YA horror book I’ve read.”—Aden Polydoros, author of The City Beautiful

“A timely and riveting tale of queer teens surviving and resisting fundamentalism any way they can. Andrew Joseph White holds a mirror up to the monstrosities within all of us, and I couldn’t look away.”—Ray Stoeve, author of Between Perfect and Real 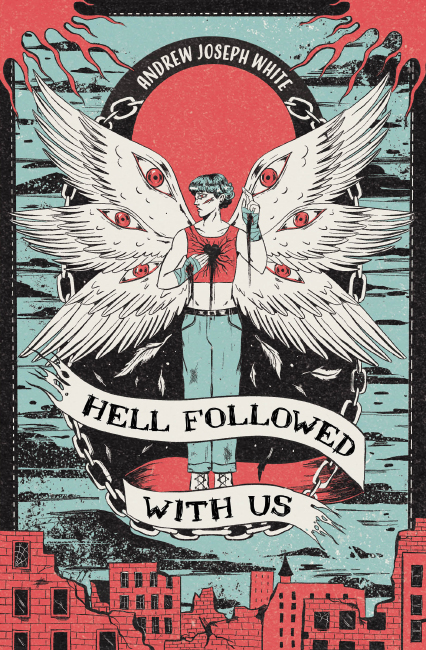 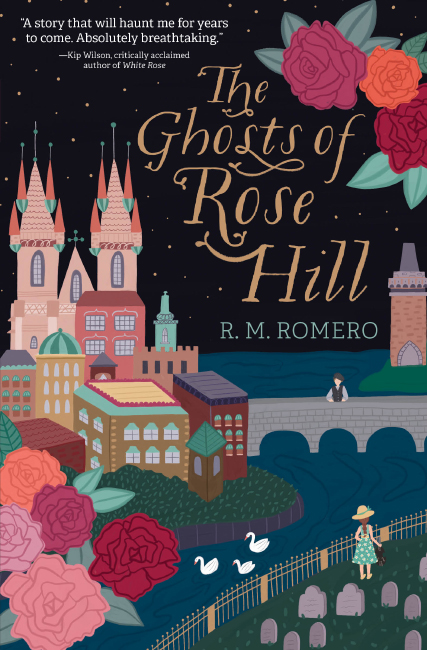 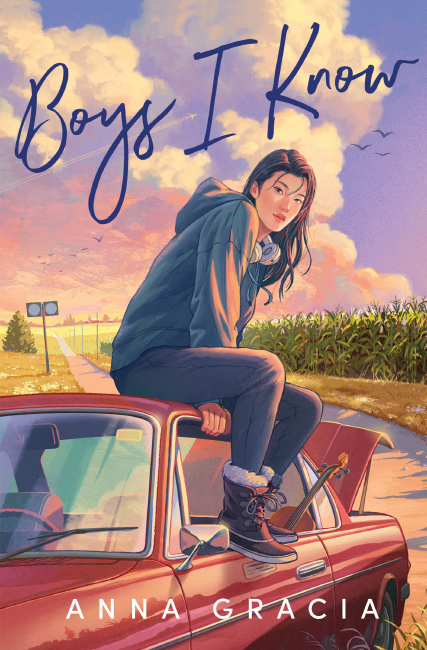