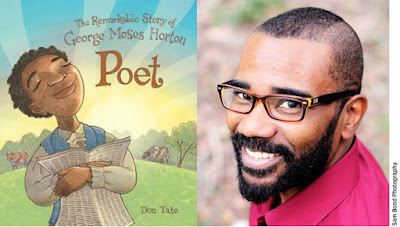 My aunt, Eleanora E. Tate, is a children’s book author. While visiting her a few years ago in North Carolina, I shared one of my book ideas with her. The story, I told her, would be about a teenage slave, who escaped an abusive master by using some awesome acquired super power. I didn’t know what that super power would be; maybe some recessed Kryptonian-like gene would come forth at just the right moment to help save the day. A teenage slave with cool gadgets to defeat his villains.

My aunt listened quietly as I told her my idea. She looked down and then away from me. I recognized that disapproving gesture. Something was going very wrong. She was annoyed.

“African-Americans were not slaves,” she interrupted, “we were enslaved.”

Her response made my face burn. Not because she was criticizing my story, but because she was correcting me on the use of a word. We were talking semantics, I thought. Political correctness? Slave vs. enslaved? Really? What difference does it make? Now I was annoyed.

My aunt explained her position, stating that our African-American ancestors were human beings—free human beings, born with rights to life, liberty, and the pursuit of happiness, just the same as white people or anyone else. She spoke about how Africans had been kidnapped from their native homeland, torn away from their families and friends, stripped of their language, their religion. “The word ‘slave’ denies our forefathers of their humanity,” she explained. “They were human beings who were enslaved.” 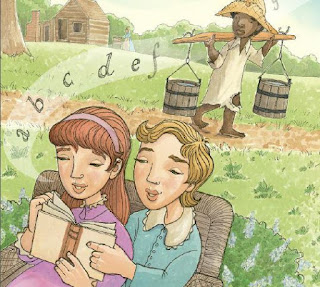 I was dumbfounded. I’d never really thought about the word “slave” so profoundly. I wasn’t trying to deny anyone’s humanity—heck, the word “slave” was used in all the history books that I grew up with as a child. I was simply using the word I’d been taught to use my entire life. The use of the word did not bother me at that time.

The conversation made me worry about another book, though, a book that I’d already written and was being shopped around to publishers by my agent. The title of that book: Slave Poet: The Story of George Moses Horton. It was the story of the first African-American to get published in the South. 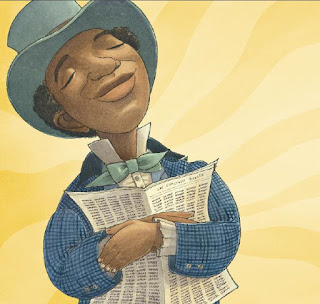 Not long after the conversation with my aunt, Slave Poet sold to Kathy Landwher at Peachtree Publishers.

I was elated! It had taken several years, but my Slave Poet was really going to be a book! And I loved its title, which seemed perfect to me. Slave Poet was simple, easy to remember, it had a nice rhythm. Enslaved Poet, with its extra syllables, sounded clunky to me, like someone talking with their mouth full of food. I had to keep my beloved title.

Just to be sure, however, I emailed Kelly Starling Lyons and Tameka Fryer Brown, two respected author friends of mine who run the Brown Bookshelf website along with me. Kelly had written the book Hope’s Gift, a story about a family during slavery, which I had illustrated. I didn’t tell them about what my aunt had said, but Kelly and Tameka responded to the word “slave” in much the same as my aunt had. “It’s about humanity and dignity,” Kelly said.

Kelly’s words resonated with me. It was time to change the name of my book.

I’d been a children’s book illustrator for more than 25 years before I discovered how much I enjoyed telling stories with words. If there’s one thing I learned in my journey to becoming a writer, it’s the power of words. They can uplift or edify, or they can cut someone like a sword. As a storyteller of history for children, I needed to choose my words more wisely. Moving forward, I decided that when writing about slavery, I would honor my ancestors—my people—by describing their circumstances more accurately. My aunt was right. They were not slaves; they were human beings who were enslaved.

Realization aside, there was still the issue of writing a new title. I tried a few things out, but nothing seemed to work. I solved my problem by doing more research. While flipping through one of my source books, I discovered a moment in 1883 in which, after Horton had been freed and was living as a writer in Philadelphia, a Chapel Hill professor visited him. This was someone who knew and respected Horton during the years he was enslaved. The professor addressed him as “Poet,” to which Horton responded: “That pleases me greatly . . . you are using my proper title.” 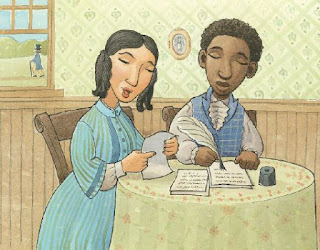 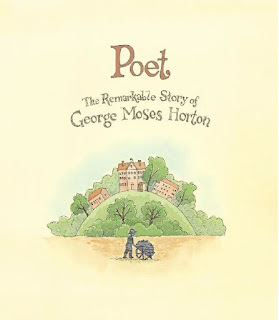 As for my enslaved super hero idea…I let that one die along with the use of the word “slave” when describing my ancestors.

This guest post was written by Don Tate, author and illustrator of Poet: The Remarkable Story of George Moses Horton.