Who doesn’t love a snow day? It may not snow that often here at Peachtree, but we still love an excuse to curl up with our favorite reading buddies and spend the day relaxing inside with some good books. So whether you want some flurries to fall and give you a couple days off from work and school, or you’ve been eagerly awaiting the chance to show off your snowman-building skills, there’s sNOw way you won’t enjoy this wonderfully wintry group of great reads. 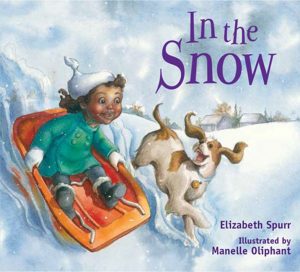 In the Snow
Written by Elizabeth Spurr
Illustrated by Manelle Oliphant

In this gently rhyming board book, a young girl makes a snowman, sleds, and has other winter fun! Elizabeth Spurr’s simple and evocative language and Manelle Oliphant’s charming illustrations together create a perfect sit-in-your-lap reading experience for toddlers.

Buy In the Snow today through your local bookstore, Barnes & Noble, or on Amazon. 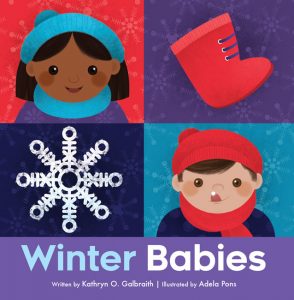 Spirited, rhyming text and colorful, graphic art reveal an energetic cast of babies having an action-packed day of play in the park on a cheerful winter day. Featuring diverse characters and highlighting early concepts like shapes and repetition, books in the Babies in the Park series encourage an appreciation of nature and outdoor imaginative play.

Buy Winter Babies today through your local bookstore, Barnes & Noble, or on Amazon. 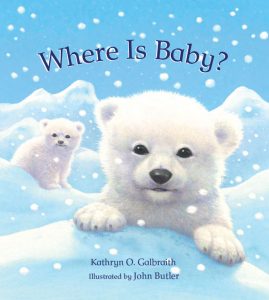 Where Is Baby?
Written by Kathryn O. Galbraith
Illustrated by John Butler

Babies love to hide―beneath blankets, under tables, and behind chairs. And some babies are found in unexpected places. Like baby deer, who disappear in dappled spring sunlight. Or baby leopards, who scramble high in the African trees. Or baby elephants, who fade behind a forest of legs. But all babies, no matter where they are, can always be found―by their loving parents. Adorable illustrations and soothing text depict a reassuring message about a parent’s love.

Buy Where is Baby? today through your local bookstore, Barnes & Noble, or on Amazon. 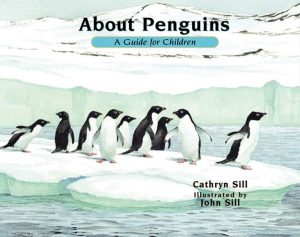 In this addition to the acclaimed About… series, educator and author Cathryn Sill uses simple, easy-to-understand language to teach children what penguins are, how they look, how they move, what they eat, and where they live. With beautifully detailed, realistic paintings, noted wildlife illustrator John Sill introduces readers to a variety of penguins, from the Adélie to the Rockhopper to the Emperor. An afterword provides details on the animals featured and inspires young readers to learn more.

Buy About Penguins today through your local bookstore, Barnes & Noble, or on Amazon. 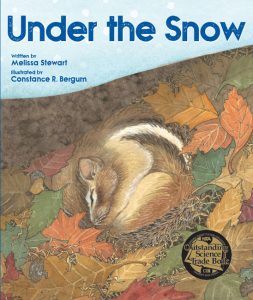 Under the Snow
Written by Melissa Stewart
Illustrated by Constance R. Bergum

When snow falls, we go home where it is warm and safe. What about all those animals out there in the forests and fields? What do they do when snow blankets the ground? Award-winning science writer Melissa Stewart offers a lyrical tour of a variety of habitats, providing young readers with vivid glimpses of animals as they live out the winter beneath the snow and ice. Constance R. Bergum’s glowing watercolors perfectly capture the wonder and magic that can happen under the snow.

Buy Under the Snow today through your local bookstore, Barnes & Noble, or on Amazon. 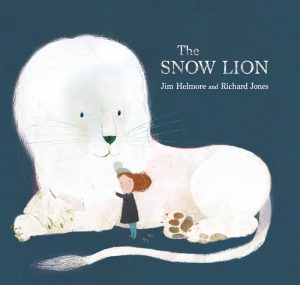 After moving to a new home, Caro wishes she had a friend, but she’s too shy to meet the neighborhood kids. With a little imagination, however, Caro finds the Snow Lion. Together, they have all kinds of fun racing, climbing, and playing hide-and-seek. But when the boy next door asks Caro to come play, Caro isn’t so sure. Then, the Snow Lion has an idea! Making new friends isn’t always easy, but it is always worth it in the end. This powerful but gentle story about making new friends is gorgeously illustrated to celebrate the magic and imagination that fills every page and will appeal to any shy or lonely young reader.

Buy The Snow Lion today through your local bookstore, Barnes & Noble, or on Amazon. 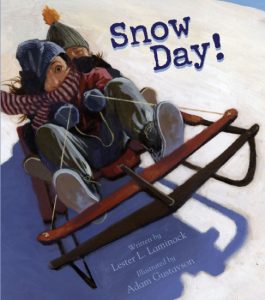 When the television weatherman predicts a big snowfall, the narrator gleefully imagines the fun-filled possibilities of an unscheduled holiday from school. But when the family wakes up the next morning, they are in for a disappointment. No snow! As the family members pile into the car so they won’t be late for school, an unexpected twist reveals who wanted the snow day most of all. Adam Gustavson’s expressive illustrations comically capture the excitement of pure possibility in author Lester Laminack’s thoroughly original tale.

Buy Snow Day! today through your local bookstore, Barnes & Noble, or on Amazon. 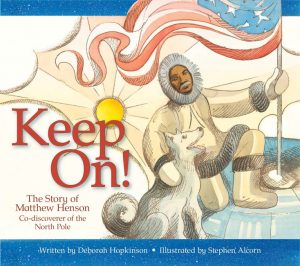 Keep On!
The Story of Matthew Henson, Co-discoverer of the North Pole
Written by Deborah Hopkinson
Illustrated by Stephen Alcorn

As a child, Matthew Henson exhibited a yearning for adventure, embarking at age thirteen on a five-year voyage sailing the seven seas. His greatest adventure began when Robert Peary invited him to join an expedition to the North Pole. After many storms, injuries, and unimaginable cold, on April 1, Peary, Henson, and four Inuit men began the final 133-mile push to the Pole. Award-winning author Deborah Hopkinson pays tribute to a great but under-recognized African American historical figure in this remarkable story. Illustrator Stephen Alcorn’s large-format, stylized ink-and-watercolor illustrations capture all the action. Excerpts from Henson’s expedition diaries, a time line, and an epilogue place the story in its historical context.

Buy Keep On! today through your local bookstore, Barnes & Noble, or on Amazon.