Just in case you thought we were finished announcing our Spring 2020 list, we’ve got another group of great books for you to read in the new year! For those of you middle grade fans out there, even more of our favorite Peachtree titles are returning this season in paperback. 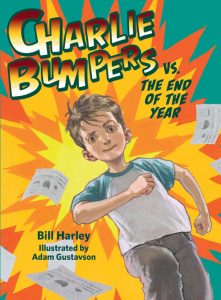 Charlie Bumpers vs. the End of the Year
Written by Bill Harley
Illustrated by Adam Gustavson

Charlie is crushed when he learns that Hector’s family is moving back to Chile at the end of the year, and he tries to find ways to keep Hector from leaving. As usual, Charlie’s schemes lead to one near-disaster after another. But Hector moving away from his friends matters little compared to the three mean bullies who are making his life miserable. Hector wants to solve the problem by himself, but Charlie and Tommy start a campaign to save Hector and to defeat “The Jerzollies of Darkness.” Bill Harley’s fun and humorous series illuminates important values such as learning to live together as a family and making the best of a bad situation. For more on this series, visit the Charlie Bumpers website here. 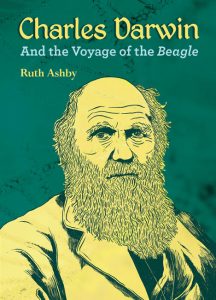 Award-winning author Ruth Ashby shares the inspiring story of Darwin’s remarkable five-year voyage aboard the British navy ship, the Beagle, which led to the development of Darwin’s theories of evolution and natural selection. This lively account follows the naturalist’s exciting trip around the world as he meets indigenous peoples and carefully collects and catalogs plants, fossils, birds, mammals, and insects. Darwin’s revolutionary voyage and observations of the distribution and diversity of plant and animal life ultimately changed the study of biology forever. 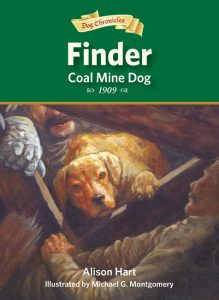 When Thomas’s family needs money, he’s forced to go to work in the coal mines, even though neither of his late parents wanted that for him. His only comfort is his dog Finder, a failed hunting dog who now pulls a cart in the mines. When disaster strikes, can Thomas and Finder escape from the fires deep below ground? In the third installment of their Dog Chronicles series, Alison Hart and Michael Montgomery bring readers an action-packed and exciting tale exploring the roles that dogs played during the Cherry Mine disaster of 1909. 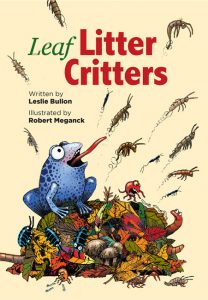 Have fun on this poetic tour through the leaf litter layer and dig into the fascinating facts about the tiny critters who live there. Nineteen poems in a variety of verse forms with accompanying science notes take readers on a decomposer safari through the “brown food web,” from bacteria and tardigrades and on to rove beetle predators. Glossary, hands-on investigations, and resources are included in the back matter. 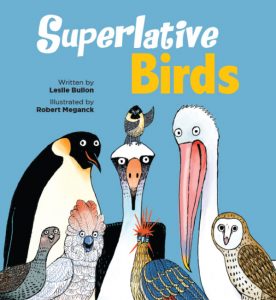 Ever wonder which bird has the loudest voice? Which one builds the biggest nest or has the most feathers? Get to know all about the best and brightest―and smelliest!―denizens of the bird world with this collection of nonfiction science verses. Author Leslie Bulion includes a science glossary, notes on poetry forms, and resources for information about these extraordinary birds in the back of the book. Robert Meganck’s witty drawings add another layer of fun to this humorous and informative gallery of the world’s most accomplished birds. 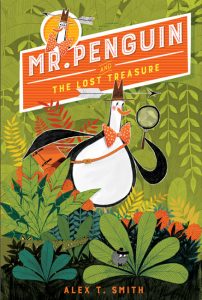 Mr. Penguin and the Lost Treasure
Written and illustrated by Alex T. Smith

Mr. Penguin has a dashing hat, a battered satchel, and a packed lunch of fish finger sandwiches. Now he just needs an adventure! So when Boudicca Bones from the Museum of Extraordinary objects calls for help, Mr. Penguin swings into action. Can he and Colin the spider find the museum’s missing treasure before bandits do? Or is this the adventure Mr. Penguin should have never answered? This humorous page-turning story from Alex T. Smith, the author-illustrator of the popular Claude series, is sure to thrill young readers looking for a good adventure.