Home > The World of Peachtree Publishing > Chapter Book > Making Lifelong Readers with the Right Book: 4 Reads for the Not-So-Eager Reader

It can be difficult to find engaging and attention-grabbing titles for reluctant readers, so we’ve created a list of quick middle grade reads that will surely get young adventure-seekers excited about reading! From a mouse who finds himself in an airplane with a mind of its own to a mystery-solving penguin and spider duo, we’ve got books that are guaranteed to spark interest and make life-long readers out of those kids that have never considered themselves readers before! 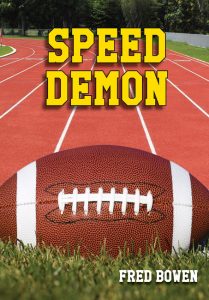 Tim Beeman is a newcomer at Hilton Prep, and he’s nervous about finding his place at this elite school. His father would love to see him play football, but his mother, who died three years ago, always felt that the sport was too dangerous for young boys. Tim feels he has a lot to offer the football team and is eager to join this popular group, but he can’t shake a lingering fear of being injured. How can he put his talent to the best use and at the same time satisfy his own needs?

Read an excerpt and check out the rest of author Fred Bowen’s Sports Story Series! 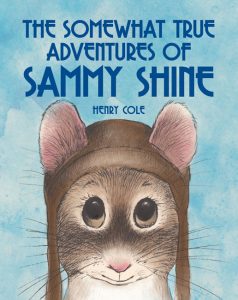 The Somewhat True Adventures of Sammy Shine
by Henry Cole

When Sammy Shine’s plane takes off unexpectedly, he ends up in a whole new world; no longer does he live in comfort in his shoe box in Hank’s room. Now he’s lost in the woods, with a dangerous enemy and no way to get home. Fortunately, a group of new friends, including a mouse, an injured crow, a newt, and a shrew, will help him find and repair his plane so he can try to get back home. 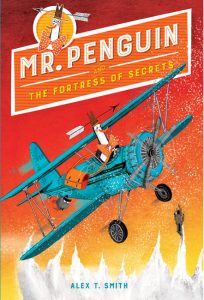 Mr. Penguin and the Fortress of Secrets
by Alex T. Smith

When Mr. Penguin and Colin crash-land on a snowy mountain, they discover strange noises coming from an old, ruined fortress. Might it be connected to the mystery of missing pets? Why are there shadowy figures lurking about? And will Mr. Penguin conquer his fear of flying?

This second installment in the humorous, page-turning series from Alex T. Smith, the author-illustrator of the popular Claude series, is sure to thrill young readers looking for a good adventure. Read an excerpt from Mr. Penguin and the Lost Treasure, the first in the Mr. Penguin series!

Charlie Bumpers vs. the Teacher of the Year
written by Bill Harley
illustrated by Adam Gustavson

Charlie Bumpers’s worst fear is confirmed: he has Mrs. Burke for fourth grade. How will he survive a year with the strictest teacher in the whole school? It doesn’t matter that she’s been named Teacher of the Year. He’s still afraid of her. Last year when he was horsing around in the hall, he accidentally hit her in the head with his sneaker (don’t ask). The exasperated teacher declared that if anything like that ever happened again, Charlie would be banned from recess forever. How will he survive a year under a teacher who is just waiting for him to make another stupid mistake?

Read an excerpt and find out more about the rest of the books in the Charlie Bumpers series.