Home > The World of Peachtree Publishing > Backlist Spotlight > In honor of Black History Month
“And by virtue of the power, and for the purpose aforesaid, I do order and declare that all persons held as slaves within said designated States and parts of States, are, and henceforward shall be free; and that the Executive government of the United States, including the military and naval authorities thereof, will recognize and maintain the freedom of said persons.”
(excerpt from the Emancipation Proclamation, Jan. 1, 1863)
On this day in 1963, a report by the US Commission on Civil Rights was presented to President Kennedy titled ‘Freedom to the Free.’ It summarized the progress of civil rights reform in the 100 years since the Emancipation Proclamation and informed the government of steps still needing to be taken to insure freedom to the free.

To remember this day, we are spotlighting some of our titles that honor Black History Month:

“The way to right wrongs is to turn the light of truth upon them.” – Ida B. Wells
Yours for Justice, Ida B. Wells tells the story of how Wells, a former slave, helped to lead a national movement for civil rights. With her strong will, eager mind and deep belief in “freedom and justice for all,” Wells never turned away from the challenges she faced. Wells became an advocate for justice and helped to bring an end to lynching in America, thereby leaving a legacy of activism and equality. 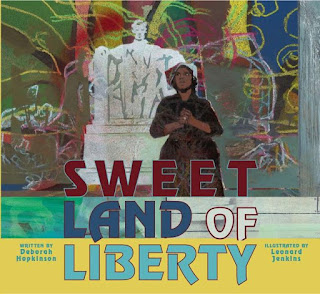 This inspiring story of little-known civil rights champion Oscar Chapman and his role in Marian Anderson’s cocnert at the Lincoln Memorial reminds readers that one person can truly make a difference. Oscar Chapman was the assistant secretary of the interior under President Franklin D. Roosevelt. After learning that Marian Anderson would not be allowed to sing at Constitution Hall because of the color of her skin, Oscar took it upon himself to find a venue for her to perform, the Lincoln Memorial. 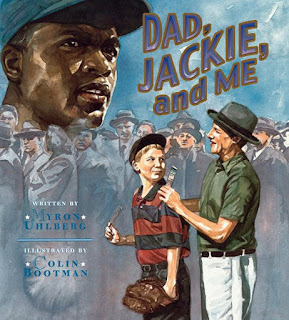 In this tribute to the great Jackie Robinson, Dad, Jackie, and Me tells the story of a father and son who bond over their love of the Brooklyn Dodgers. The story takes place during Jackie’s rookie year and after listening to the Dodgers games on the radio, the boy and his father get to experience the game in person at Ebbets Field. 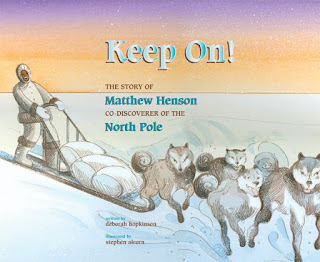 While some may know the story of Robert Peary’s great 1909 expedition to reach the North Pole, few know that Peary was joined on this grueling, history-making journey by fellow explorer Matthew Henson. Henson was born just after the Civil War, during a time when few opportunities were available to black people. As a child, he yearned for adventure but his greatest adventure began when he accepted an invitation from Peary to join his expedition to the North Pole. The team endured storms, shifting ice, wind, injuries, accidents, and unimaginable cold. Finally on April 1, the team made their final 133-mile push to the pole.

In honor of the 50th anniversary of the children’s march, we’re going to be highlighting the events that led up to that fateful day in 1963 on Facebook and Twitter. Follow along with #childrensmarch and feel free to add to the timeline throughout the next few months!

As always, blogger friends, just let me know if you’d like to review any of these titles on your blog!