Home > The World of Peachtree Publishing > Holidays > Happy Birthday, MLK
Black History Month may still be a couple of weeks away, but we like to celebrate early for Martin Luther King, Jr.’s birthday.
Most people have a general understanding of the events of 1963 as the Civil Rights Movement was in full swing. The March on Washington and King’s nonviolent approach inspired marches and sit-ins across the country. King’s famous Letter from a Birmingham Jail and many other papers and speeches have all made their way into the history books in the decades since. Today, Martin Luther King, Jr. Day, we remember the man behind the message and the many brave men and women (and children) who joined him on the road to freedom so many years ago and since.
A lesser known event from that historic year is the topic of our forthcoming title from Cynthia Levinson: We’ve Got a Job: The 1963 Birmingham Children’s March. 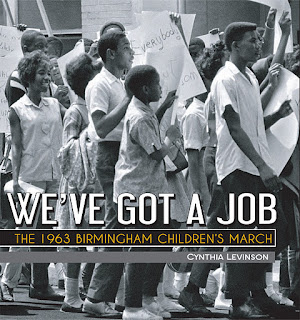 Imagine: Four thousand elementary-, middle-, and high-school students skipping school to voluntarily step into the path of violent retaliation from the corrupt police force and deliberately go to prison. These children and teenagers demonstrated not just their desire to be truly free, but also their willingness to stand up in the most dangerous of circumstances and risk their lives for a cause they believed to be greater than their individual safety.
Levinson spent four years researching and interviewing primary sources to compile the memoirs of those involved and presents here one of the most compelling and thorough accounts of this lesser-known event that changed the course of the entire Civil Rights Movement. Formatted for middle grade readers, the book is full of images and quotes and includes a timeline of the Civil Rights Movement. For more information about We’ve Got a Job, including a teacher’s guide and suggested discussion questions, check it out at Peachtree or Cynthia Levinson.com. For more on Dr. King, check out The King Center archives, which now allows online access to King’s papers.
__
Last fall, we introduced a fantastic middle grades novel about a young man caught up in the middle of the precursor to the Civil Rights Movement: The Abolitionist Movement. 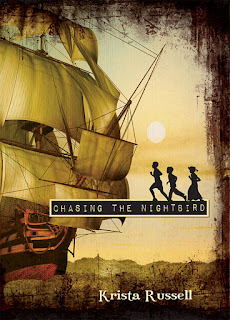 In Chasing the Nightbird by Krista Russell, we meet Lucky, a thirteen-year-old sailor who has spent his life on ships with his father, the best whaler on the eastern seaboard. His happy life at sea is interrupted and his plans to join the whaling ship Nightbird are dashed when, following his father’s death, Lucky is kidnapped and pressed into servitude by his cruel and embittered half-brother, Fortuna.
Fortuna immediately puts Lucky to work under harsh conditions in a textile mill and confiscates the boy’s wages. All his plans for the future seem lost, but Lucky remains determined to escape his misfortune. When he meets Emmeline, a spirited girl with abolitionist sympathies, and Daniel, a fugitive slave from the South, his dream of returning to his old life of freedom and the sea seems within reach.
Emmeline offers Lucky passage on her father’s ship in exchange for his help leading escaped slaves through the Underground Railroad, but first he must escape Fortuna who will stop at nothing to get back what he believes is his rightful property.
For more information about Chasing the Nightbird, visit Peachtree (teacher’s guide here) or Krista Russell here!
Peachtree is proud to offer these great titles for Black History Month — please let us know if there are any you’d like to review on your blog!
__