Home > The World of Peachtree Publishing > A to Z of Publishing > Guest Post: Bethan Woollvin on Creating an Original Fairy Tale 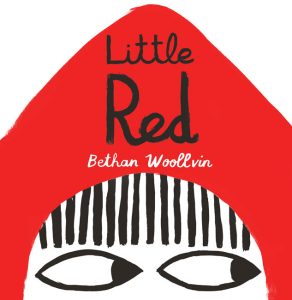 Up until 2018 I’d spent nearly 5 years playing with traditional fairytales, creating my own twisted versions of Little Red, Rapunzel and Hansel & Gretel. But like all creatives I’m always looking to challenge myself. With this in mind, I agreed with my publishers to develop my own original tale.

Wanting to keep one foot in the fairytale world, I began using my love for folklore and traditional tales to inspire a new, contemporary narrative. After a lot of research, I decided to anchor my story in a sort of medieval-era. Most stories from this time period are centred on “great men” and rarely involve women, and any female characters are either poorly fleshed out love interests or evil witches. So as you can imagine, it didn’t take long for me to invent my new feisty female protagonist Bo, who refers to herself throughout the story as being “smart,” “brave” and “strong.”

Creating my own original tale took a very different process than rewriting my previous fairytales had. Firstly, there was much less structure, and this wasn’t necessarily easy or forgiving. When it came to twisting fairytales, there was a well trodden path I needed to follow, and I could change parts of the story along the way. But at times when I was writing my own tale, it felt like I was navigating a very dense forest without a compass, let alone a path to follow! Luckily I came up with the ending to my story pretty early on. This at least gave me a target, so while I was developing the plot I could make sure I was heading in the right direction. 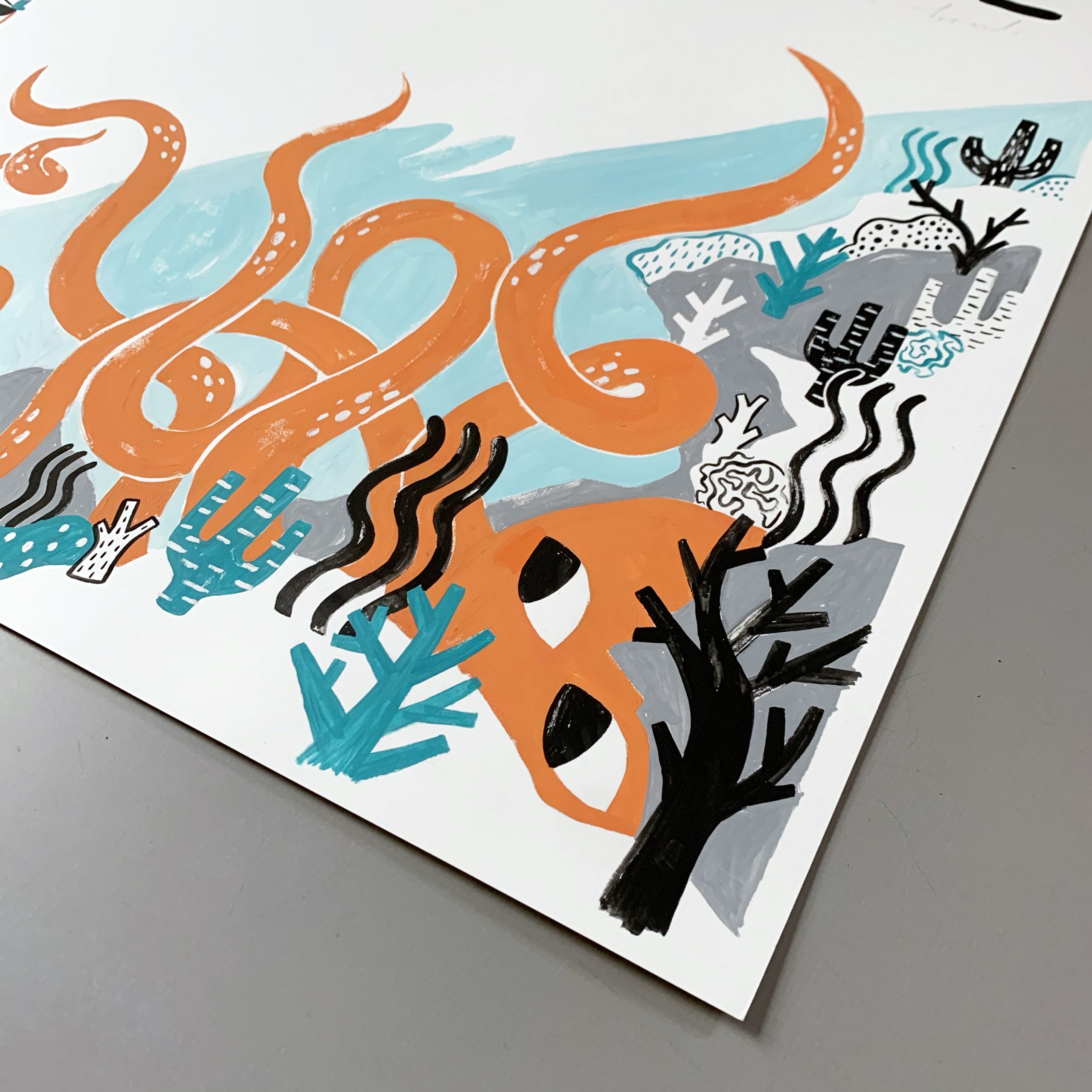 Something that I realised quite quickly when creating my own original tale, was that my story couldn’t be quite as dark as a traditional fairytale. Tales such as Little Red Riding Hood have been told and retold for centuries, and we’ve become accepting of the creepy or absurd twists they tell. But as I was in the early stages of writing Bo the Brave, I explored many routes for my story, some darker than others, it didn’t feel as acceptable to write such a sinister plot.

As my medieval world began to unfold, I started thinking about what medieval children might do to pass the time, and the first thing that came to mind was ‘hunting’. From then on, Bo was part of a medieval-hunting family, but they weren’t after small creatures, they were monster-hunters! This allowed me to take inspiration from various folklore I’d researched involving mythical beasts. It was really difficult to pick the monsters I wanted to use in the story, but I settled on three beasts–one from the air, one from the land and one from the sea. 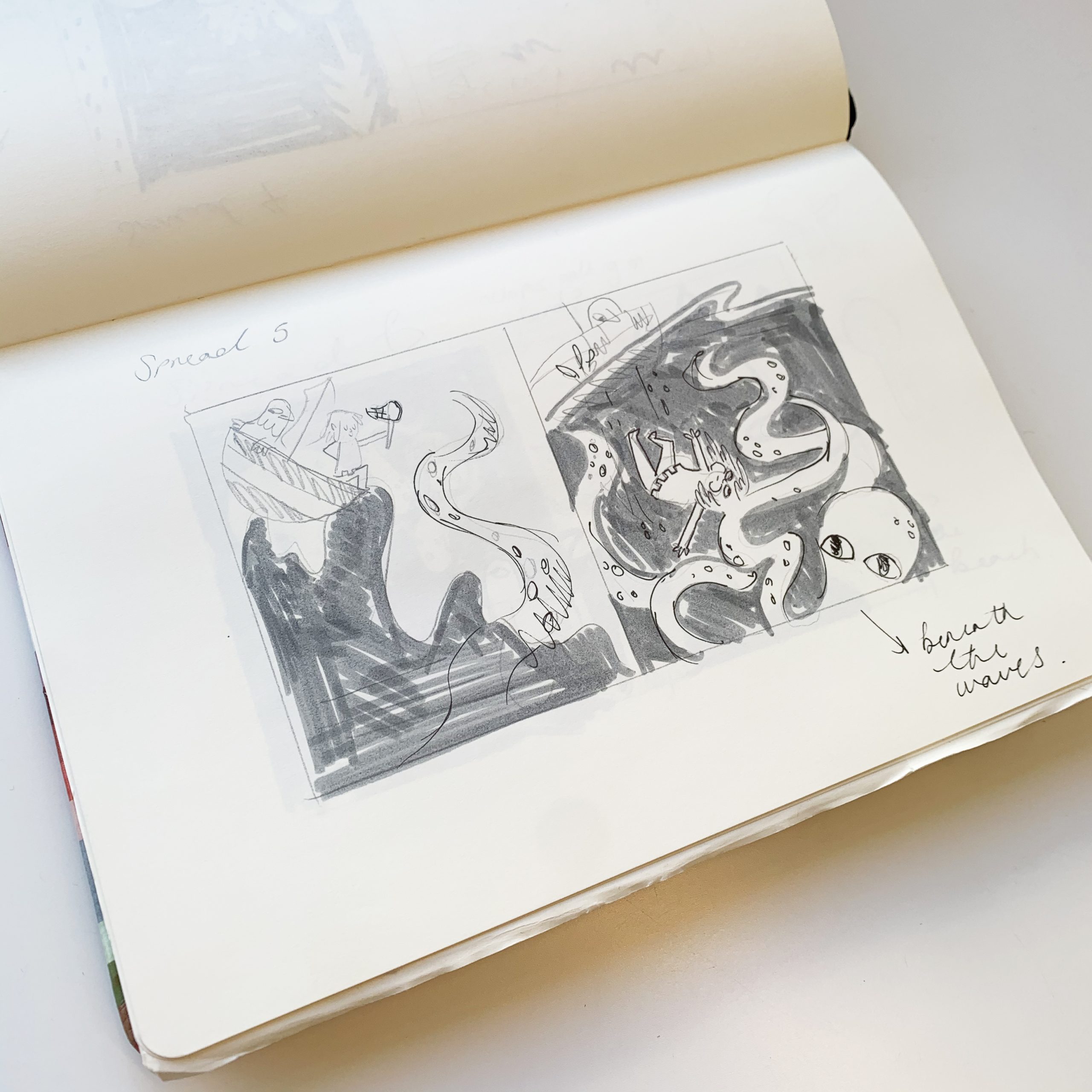 As I’m quite a visual person, I tend to create my stories almost entirely out of pictures to begin with, submitting most of my book proposals to my publisher as storyboards instead of manuscripts. However, with Bo the Brave, quite a lot of research went into the story, so I’d written a lot of notes and possible story angles before the illustrating even began. But once I’d created my general plot, the writing definitely took a backseat for a while until I’d finished the artwork!

Initially, I had thought of illustrating Bo the Brave in three colours–grey, black and teal–keeping my palette consistent with my previous fairytale books. But it wasn’t until I’d sat down with my publishers that I started to explore the possibility of using more colours in my palette! We talked about the idea of illustrating the ‘medieval world’ in unsuspecting colours, and we flicked through a bunch of colour swatches to find the most unlikely colours for a medieval world. We tend to associate the medieval era with dark, murky colours such as greys, browns and deeper blues and greens, but I wanted to show my medieval world in a different light. Along with black and grey, we chose three garish colours–a zingy orange, a rich teal and an eye popping magenta. There’s definitely nothing medieval about these colours!

I had a lot of fun creating an original fairy tale, and I can’t wait for everyone to start reading the Bo’s adventures. Bo the Brave is hitting bookshelves this April, so don’t forget to pick yourself up a copy! 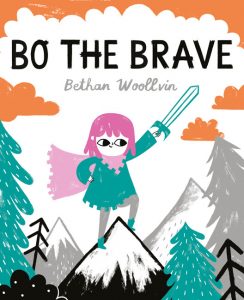