We’re thrilled to have two-time Grammy Award winner Bill Harley as our guest on the blog. Bill shares all about the road trip he took as part of the development for his middle grade novel Now You Say Yes, a heartwarming and engaging tale of family and identity. 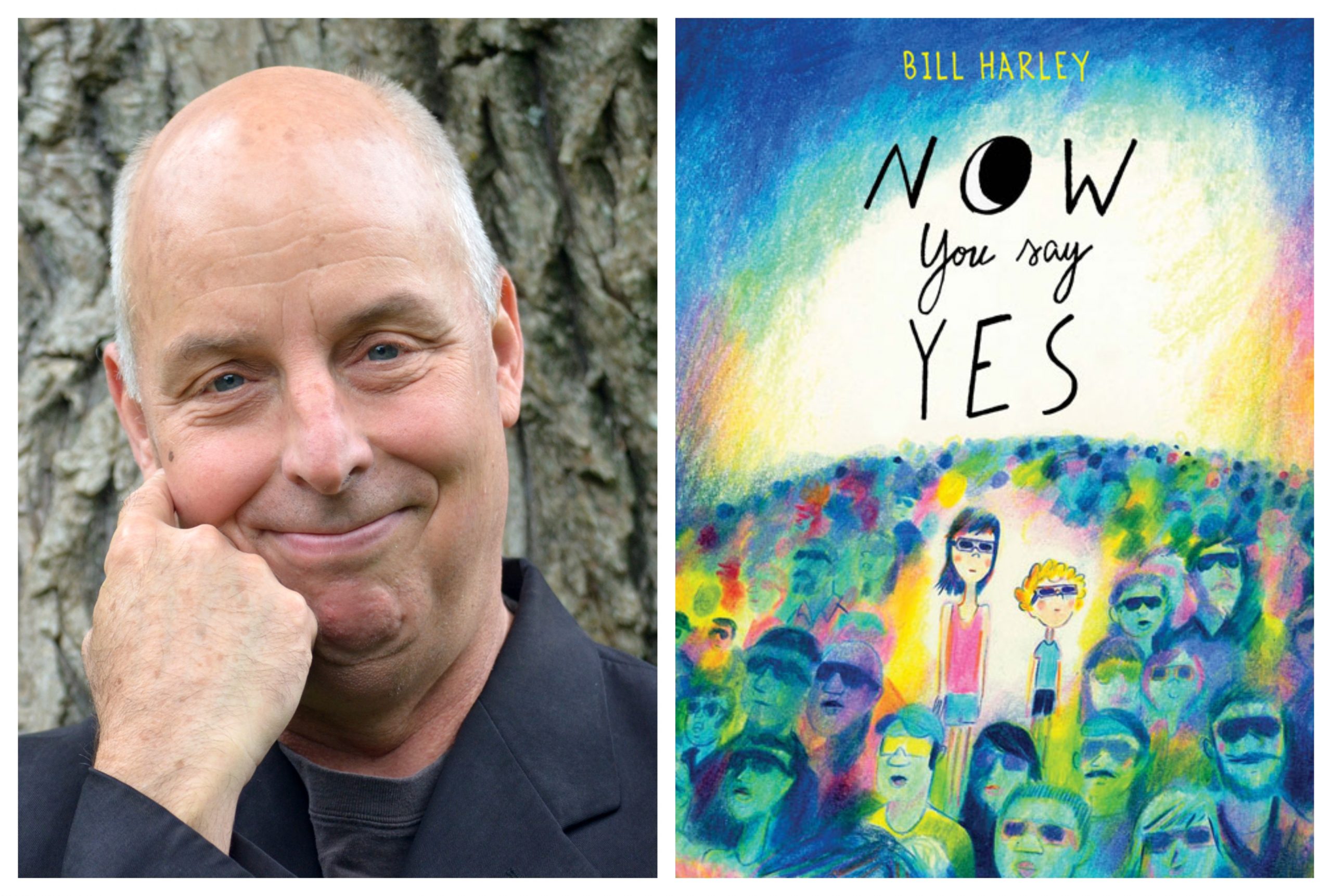 The story of Now You Say Yes developed from a passing thought about a young girl driving across the country with her brother. It was not a particularly novel concept; long distance road trips are so common in American literature and film.

The taking of the trip isn’t novel, it’s why they’re doing it, and what they find along the way that makes it special. In the American mythos, a drive across the country is always a search for self, reflected in what the traveler finds.

So, after I had answered a few questions—who was she? why did she have to go? (because she HAD to go—just kind-of wanting to go was not enough), I also figured it would be good for me to take the trip that Mari and Conor took. Who knows what I’d find? Material for the book, perhaps. Or maybe, just the experience.

Sometimes, it’s a fine line between research and indulgence, and here there was no difference at all. Driving across the country has been on my bucket list my whole life and remained undone. Now it was required if I were going to be a serious writer.

The timing of the trip was fortuitous. I realized the week I was going was also the week of the total eclipse in 2017. Great plot point! In fact, it became the heart of the story—the promise of seeing the eclipse gets Conor in the car, and seeing it is where Mari has the epiphany about her place in the world.

I traveled cheap. I put some clothes in a backpack along with a sleeping bag and solo tent and flew to Los Angeles, where I rented a one-way car (surprisingly reasonable!). I spent the night at a friend’s house in Altadena, and after a visit to Huntington Hospital, where Mari’s mom ended up, I set out, tracing what I thought might be Mari and Conor’s route. 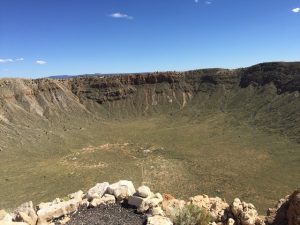 Nothing life-threatening happened to me, but surprising things did and they ended up in the book. I watched a woman wearing a yoga pants do a bow to the Grand Canyon perilously close to the edge, wondering what she was thinking. I jammed on the brakes in time to exit and see the meteor crater I read about when I was six. I drove through Okemah and had a long talk with a man who lived across the street from where Woody Guthrie’s house had been. “He never sang mean,” the man said.

And, of course, like our two heroes, I stood agog, looking up at the sky while the sun disappeared, the breezes picked up, and the birds started singing. Like Mari, I looked at all of those around me staring at the heavens, and saw in that moment how we were all part of one living thing. The eclipse was a lens through which I saw the universe and where we fit in it. I gave that perception to Mari. And like Mari and Conor, the eclipse was the catharsis.

After that, I just drove.

Also, like Mari, I listened to music. If there is ever a time in one’s life when music imprints on the soul, it’s at the age of fifteen. Whatever music you fall in love with then, you will listen to for the rest of your life—it becomes timeless. I knew Mari needed music as an accompaniment, so, before I went on the trip, I did some research as to what Mari’s mom, Stef, might have listened to in the Boston area growing up in the early nineties. I tried to place her in her culture—a working-class Irish kid.

The recording I kept coming back to, over and over again, was R.E.M.’s Automatic for the People. To me, it captures a lot of the angst and struggle teens go through, and I could imagine Stef listening to it over and over, and it seemed to me that Mari did, too. Trapped with her mom’s music, Mari connected with it and her mom in a very special way.

All along the trip, as in the writing afterwards, I kept asking myself, “What does it feel like for Mari?” While writers pay attention to visual details, and sounds and smells, I’ve come to believe it’s our power to feel what somebody might be feeling that’s at the heart of our power as artists. It’s a risky thing, but imagining what someone else’s life is like is at the center of this empathic endeavor.

The last two hours of the trip, I drove with my heart in my throat. I was experiencing the end of my own trip, but also the end of Mari’s. The truth is, I had known what the last sentence of the book was going to be before I had written or plotted anything. I knew where the story was headed.. I crossed the beautiful bridge over the Charles, and as I drove down the side streets of Lynn, headed toward where I thought her grandmother might live, my heart beat faster. I came to a house that seemed like the right one and pulled over to the curb. I stared at the door of the house, imagining Conor and Mari standing on the steps. I almost knocked on the door myself. 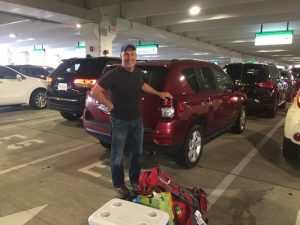 The answer, I think, is yes. Now You Say Yes.