Calling all baseball players, summer sports fans, and middle grade readers! Don’t worry if baseball season is looking a little different this year because we’ve got a group of action-packed baseball books that are perfect for a sports-themed summer reading list and will have you feeling like you’re still out there on the field. Get started on these exciting and fast-paced titles, and be sure to check out the rest of Fred Bowen’s Sports Story Series for more play-by-play action that’s sure to keep readers on the edge of their seats! 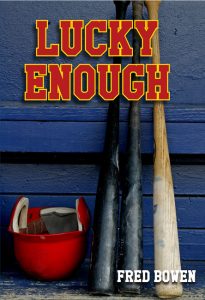 When Trey’s treasured lucky charm “helps” him make it onto the Ravens travel team with his friend Cole, he is overjoyed. This stroke of good fortune reinforces his superstitious behavior, and the rituals become more and more important to him. In spite of some teasing and even some sarcasm from his teammates, Trey persists, but how long will his luck hold out?

Download free Lucky Enough discussion questions, and check out this author Q&A to hear from Fred Bowen about his inspiration for this action-packed sports story. 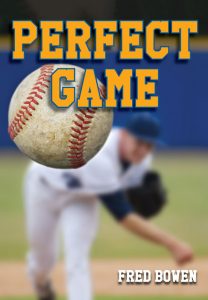 Isaac is determined to pitch a perfect game: no hits, no runs, no walks, and no errors. If he does, he’s sure to make the summer all-star team. But Isaac keeps losing his cool on the mound; he just can’t get his head back in the game. Then he meets a very interesting Unified Sports basketball player who gets him thinking in a different way about the whole idea of “perfect.” But will this help him be a better pitcher?

Check out the afterword for real-life stories of perfect games in Major League Baseball history, and answer fun questions about Perfect Game with this free, downloadable discussion guide! 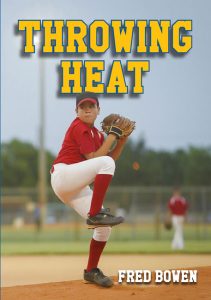 Last season, Jack could always rely on his fast pitches to strike out his opponents. But now he’s playing in a new league, and he can’t get seem to get into the strike zone. Then a baseball coach at a local college shows Jack some new pitches and tells him about Steve Dalkowski who never made it out of the minor leagues because he wouldn’t throw other pitches. At first Jack doesn’t listen to the coach’s advice, but with the season on the line, he realizes that Finn was right. Is it too late to change his game plan and pitch his team to victory? 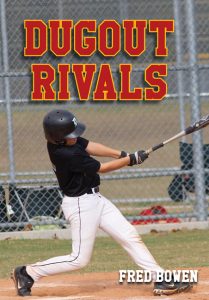 Jake loves baseball, and he loves to win, so he’s excited when newcomer Adam Hull is selected to play for the Red Sox. Adam can do it all―pitch, hit, and field. But as the Red Sox rack up win after win, and Adam’s talents dominate every game, Jake can’t help but wonder: Do he and the other players even matter? When Jake’s father tells him the story of Babe Ruth and the 1927 Yankees, though, Jake sees how even the best players must rely on their teammates.

Read the afterword for more information about the 1927 Yankees, the group that many have called “The Greatest Team of All Time,” and answer questions about Dugout Rivals with this discussion guide. 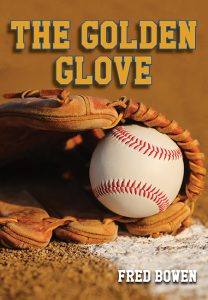 Jamie lovingly oiled his lucky glove all winter, but when he carelessly loses it, he also loses his faith in himself and his ability to lead his baseball team to victory. After an unsuccessful search, Jamie borrows a glove for the season’s opening game. Disappointed in his performance, Jamie seeks help at a local sporting goods shop and finds it in the generosity of the store’s owner who uses the history of baseball gloves and a few fielding tips to demonstrate that no tool―even a lucky glove―is a substitute for confidence and determination.

Learn the real story behind baseball gloves in the afterword, and check out this discussion guide for writing prompts and questions about the book.

The Tigers are in trouble. Baseball season is underway, and Coach Skelly has just quit. When Scott and his teammates can’t find an adult to coach the team, the Tigers have an idea: what if one of them became coach? The players learn about leadership and discover unique and unrecognized talents among their own friends. 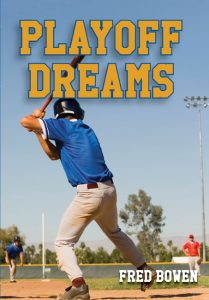 Frustrated that his team can’t seem to win, Brendan believes his playoff dreams with his team will never come true. But when his uncle take’s him to a game at Chicago’s Wrigley Field. An unexpected event and the story of legendary Cubs player and Hall of Famer, Ernie Banks, make Brendan realize that it’s love of the game rather than winning that makes the experience a success.

Read the real story of Ernie Banks and his baseball career in the afterword, and download this discussion guide to answer questions about the book. 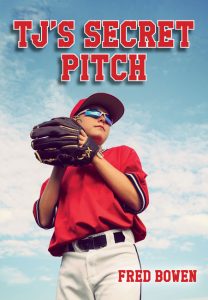 More than anything, T. J. wants to be a pitcher. But he’s smaller than his teammates, and his pitches just don’t pack the power they need to strike out batters. When T. J. learns about 1940s Pittsburgh Pirate player Rip Sewell, he decides to try Sewell’s secret weapon. But will his teammates give T. J. a chance to prove that he can be a pitcher? And will T. J.’s secret pitch help lead his team to victory?

Learn more about Rip Sewell and his baseball career in the afterword, and check out fun writing prompts and questions about the book in this discussion guide. 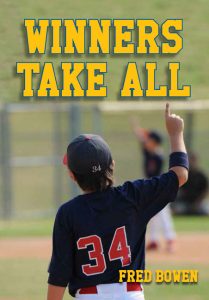 In order to win an important baseball game, twelve-year-old Kyle claims to have made a difficult catch, which he actually dropped. The unearned win gives Kyle and his team an unfair advantage in the championship series, and everyone considers him the hero of the game. Kyle is increasingly uneasy in his deception, and the praise he receives isn’t enough to silence his conscience. Then his sports-crazed grandmother tells him about Christy Mathewson, a pitcher whose reputation for honesty had umpires asking him to make calls during games. In the end Kyle learns a valuable lesson about sportsmanship and realizes that being a hero is only worthwhile if you have earned it.

Find the real story of Christy Mathewson in the afterword, and check out this downloadable discussion guide for questions, writing prompts, and other activities to complete after reading.