Who says a girl can’t save herself? We’ve put together a list of books featuring strong, independent, and determined female protagonists who defy traditional gender expectations and don’t let anything get in their way! 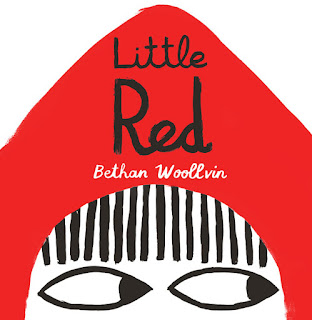 On her way to Grandma’s house, Little Red meets a wolf. Which might scare some little girls. But not this little girl! She knows just what the wolf is up to, and she’s not going to let him get away with it. A sly, subversive retelling of the classic story “Little Red Riding Hood,” this picture book is a tribute to the power of little girls. 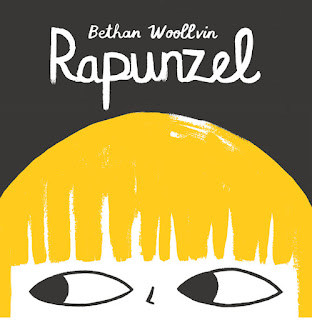 With irreverent humor and striking illustrations, the same creator of Little Red puts an empowering and delightfully dark twist on a classic story of a helpless damsel. Rapunzel lives all alone in a tall, dark tower. Under the threat of a witch’s fearsome curse, the poor girl seems doomed to a life in captivity. But is Rapunzel frightened? Oh no, not she! 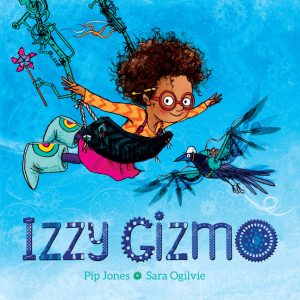 Izzy Gizmo’s inventions are marvelous, magnificent―and they often malfunction. But when she finds a crow with a broken wing, she just has to help! Izzy tries again and again to build a new pair of wings, but nothing is working. And that makes Izzy really cross! Can Izzy overcome her failures? Or is her friend destined to live as a crow who can’t fly? This feisty tale of determination, ingenuity, and friendship is sure to capture the imaginations of aspiring young inventors.

Check out the Teacher’s Guide. 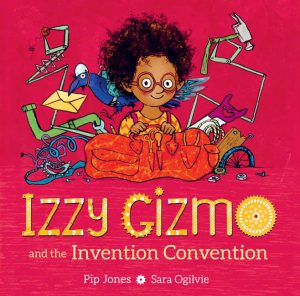 Izzy Gizmo returns in this companion to the award-winning Izzy Gizmo, and she’s been invited to Technoff Isle’s annual convention to compete for coveted admittance to the Genius Guild. Great inventors produce gadgets that can be put to good use, so Izzy Gizmo decides to build a recycling machine that mends broken tools, but with fearsome competition, can Izzy Gizmo and Fixer create the winning invention? Featuring the creative and much-loved heroine of color, this wonderfully exuberant story has serious points to make about the importance of make do and mend.

Check out the Teacher’s Guide. 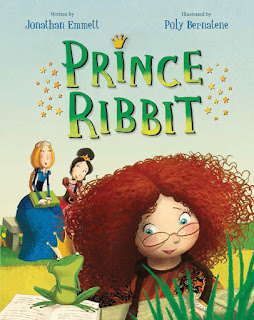 Fairy tales are just stories—or so Princess Martha believes. But when her sisters meet a talking frog, they’re convinced that giving him the royal treatment will turn him into Prince Charming. After all, that’s what happens in their story books. Martha isn’t so sure. The more she sees of Prince Ribbit, the more suspicious she becomes. Armed with the facts, Martha sets out to expose Prince Ribbit and prove to her sisters that “just because it’s in a book doesn’t mean it’s true.” This clever twist on the “The Frog Prince” pits a spunky, bespectacled princess against a sly amphibian to teach a charming lesson on the pitfalls of trusting everything you read. 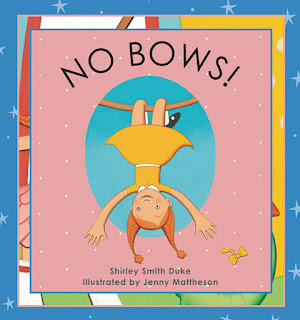 No Bows!
by Shirley Smith Duke
illustrated by Jenny Mattheson

We all have likes and dislikes, but some of us are just more vocal about it than others. This upbeat book features a likable little girl with an independent (and opinionated) spirit who spends her day letting the world know what she does—and does not—want to do and wear. Definitely not a dress and definitely no bows! 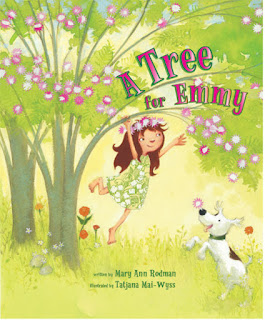 “I declare, Emmy,” said Gramma. “That mimosa tree is a lot like you. Stubborn and strong and a little bit wild.”Emmy loves trees. She loves oak trees with acorns; she loves pine trees with cones, and willow trees with swishy branches. But best of all, Emmy loves the mimosa tree that grows in her grandmother’s pasture. So when Emmy decides she wants a mimosa tree of her own for her birthday, she is dismayed to find that many garden stores only sell ornamental trees like plum or pear or tulip trees. Emmy is crushed—until she discovers that the answer to her problem is growing right before her eyes!
Middle Readers 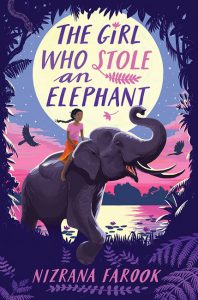 The Girl Who Stole an Elephant
by Nizrana Farook
Chaya just can’t resist the shiny temptations the king’s palace has to offer, but playing Robin Hood for her impoverished community doesn’t come without risks. When Chaya steals the queen’s jewels, a messy getaway jeopardizes the life of a close friend, and Chaya barely escapes on the king’s prized elephant! With leeches and revolution lurking in the jungle, Chaya leads her companions on a thrilling adventure. After leaving her village as a thief, can she return as a hero? Or will Chaya’s sticky fingers be the beginning—or the end—of everything for the intrepid gang?
Read an Excerpt. 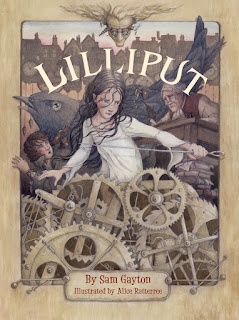 She is a girl three inches tall with eyes like drops of dew. Her clothes are cut from handkerchiefs and stitched with spider silk. For half her life, she has been trapped in a birdcage while her giant kidnapper sits beside her, writing in a leather-bound book the size of a house. Her name is Lily, and tonight she is escaping. She is going home. To Lilliput. 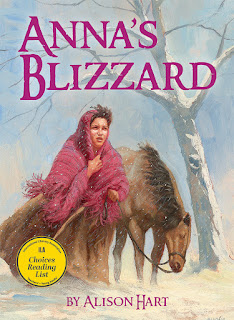 Anna’s Blizzard
by Alison Hart
illustrated by Paul Bachem
Twelve-year-old Anna loves life on the Nebraska prairie where she lives with her parents and four-year-old brother in a simple sod house. But at school she feels hopelessly out of place. When an intense Nebraska blizzard traps Anna, her schoolmates, and young teacher in the one-room schoolhouse, Anna knows they must escape before it is too late.  Does she have the courage and strength to lead her school through the whiteout to safety? Based on the 1888 “School Children’s Blizzard,” author Alison Hart offers young readers a dramatic story of rescue and survival featuring a plucky, determined protagonist. 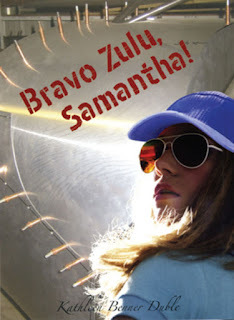 Independent-minded twelve-year-old Sam does not like the fact that she has to spend a month of her summer vacation at her crotchety retired grandfather’s place while her parents are away. Soon Sam finds that her grandfather is acting even stranger than expected, disappearing into the woods and being secretive. When she finally discovers that he is building an airplane, will she and her grandfather find common ground to finish the plane together? 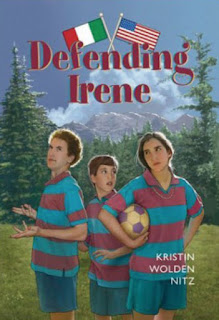 Irene loves soccer, and, back in Missouri, she was one of the top players on her school’s girls’ team. But things are different in Merano, Italy.When Irene decides to join the highly competitive boys’ team, she has little idea what she’s getting herself into. She must prove herself to the strict coach, and her teammates make it clear they don’t want her on the field. Especially Matteo, the team’s star player, who goes out of his way to make Irene unwelcome. But Irene does not give up easily.
Read an Excerpt. 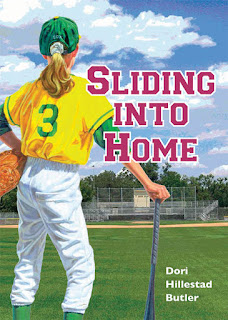 Thirteen-year-old Joelle Cunningham is passionate about baseball. But when her family moves to the small town of Greendale, Iowa, she quickly discovers that there are strict rules preventing her from playing on the school baseball team. But Joelle is determined to play. Through some creative problem-solving and surprising alliances, she finds a solution to her dilemma that brings the disputing sides together…and baseball to the girls of Greendale.
Read an Excerpt. 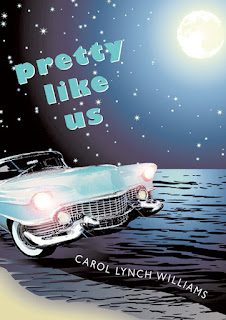 For Beauty McElwrath, a shy but spunky girl from an unconventional family of strong-minded women, the first day of sixth grade proves to be exactly the catastrophe she expected, and she’s sure she’s doomed to be a social outcast for yet another school year. But then she meets Alane Shriver, a new student who suffers from progeria—a rare, rapid aging disorder. At first Beauty is frightened by her fellow outsider’s appearance, but fear gives way to curiosity, and Beauty discovers that, on the inside, Alane is just like any other twelve-year-old girl. When a life-threatening event puts the two of them in harm’s way, Beauty finds the confidence and inner strength to save Alane.
Read an Excerpt.
Young Adult 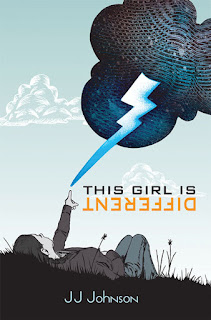 This Girl is Different
by J. J. Johnson

Evie is different. Not just her upbringing—though that’s certainly been unusual—but also her mindset. She’s smart, independent, confident, opinionated, and ready to take on a new challenge: The Institution of School. It doesn’t take this home-schooled kid long to discover that high school is a social minefield, and Evie finds herself confronting new problems at every turn. Not one to sit idly by, Evie sets out to make changes. But when her plan begins spiraling out of control, Evie is forced to come to terms with a world she is only just beginning to comprehend. 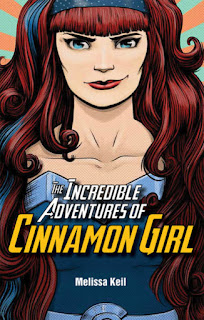 The Incredible Adventures of Cinnamon Girl
by Melissa Keil

Alba loves her life just as it is. She loves living behind the bakery and waking up in a cloud of sugar and cinnamon. She loves drawing comics and watching bad TV with her friends. The only problem is she’s overlooked a few teeny details. Like, the guy she thought long gone has unexpectedly reappeared. And the boy who has been her best friend since forever has suddenly gone off the rails. Even her latest comic book creation is misbehaving. On top of all that, the world might be ending—which is proving to be awkward. As doomsday enthusiasts flock to idyllic Eden Valley, Alba’s life is thrown into chaos. Whatever happens next, it’s the end of the world as she knows it. But when it comes to figuring out her heart, Armageddon might turn out to be the least of her problems.

Find these books and more at your local library, indie bookstore, or Barnes & Noble. For more books featuring self-empowered females, check out our Books to Celebrate Women in History and Books with Character posts.