Welcome back to the blog, Susan! 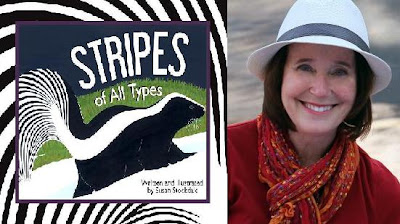 Stripes of All Types explores how animals around the world wear and benefit from their stripes.  I write my own books, so the manuscript came first.  After composing the rhyming text, I began developing the artwork.
I started by compiling photographs to serve as visual references for the 19 animals I selected for the book. These photos helped me determine which characteristics I wanted to dramatize in each animal, ranging from the elegant, yellow stripe on the back of the eastern garter snake to the bold, white stripe running down the face of the American badger.
Next, I began creating sketches for each animal, sometimes as many as 20, until I arrived at an image that satisfied my eye. I interpreted the unique quality of each animal in my own style while staying true to its anatomy – an approach I consider stylized realism. Then I consulted with scientists to ensure the factual accuracy of my final images. Everything in each picture had to be correct, from the tree leaves that would be found near a tiger in Central Asia to the proper number of stripes on a turkey’s tail.
Once I arrived at a final image for each animal, I revised its sketch into a detailed drawing and then traced it onto paper. Then the painting began. For each color, I applied three or more layers of acrylic paint, giving the images a flat, almost silkscreen-like appearance. To produce fine detail, I used small brushes and a very steady hand.
Here is the progression of my illustration for the phantasmal poison frog. As you’ll see, I make color changes as the illustration evolves. 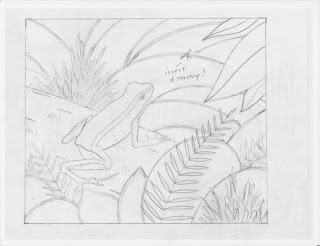 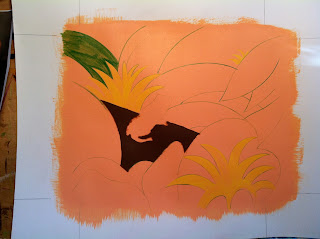 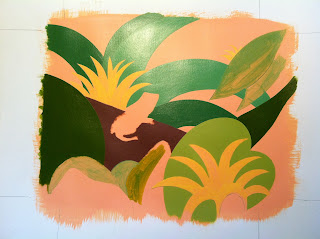 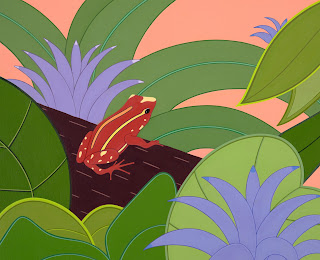 I’m currently working on my next project: a companion book to Stripes of All Types about spotted animals. Look for it in 2015!