October is officially here! Time to plan spooky season storytimes packed with spine-tingling Halloween reads that are sure to give goosebumps to bookworms of all ages! Explore our chilling reads and not-so-scary picks below. 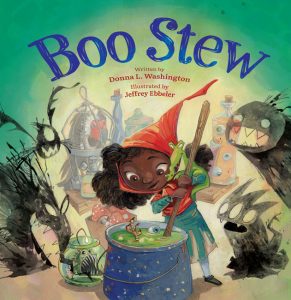 Curly Locks is a good-hearted girl, but she’s an awful cook. So when one of her dishes goes missin’ from her windowsill, word spreads like a kerosene fire about how the Scares have been terrorizin’ the town at mealtime. They shriek “Gitchey Boo, Gitchey Bon! Gitchey Goo, Gitchey Gone!” and send folk runnin’ from their dinner plates. With everyone else tremblin’ and squawkin’ about the Scares, Curly Locks gets an inklin’. Can she use her smarts and unique talents to help corral those Scares for good? 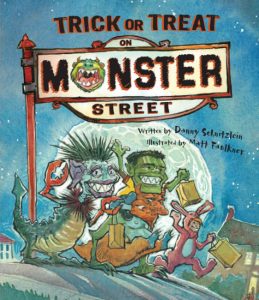 When a jittery, jumpy kid is separated from his older brothers on Halloween night and finds himself alone on Monster Street, he fears the worst! The boy’s dread of things that go bump in the night fills his head with monstrous thoughts. Lightning flashes. Bats flap overhead. Doors squeak open. Hairy arms and tentacles drop spiders into his sack. The boy is relieved when he finally meets up with another trick-or-treater. That is, until his new friend removes his mask… 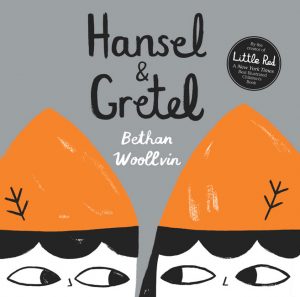 Deep in the forest lives a witch named Willow. Willow never used to worry about messy breadcrumb trails. Or entire portions of her gingerbread house being devoured. Or anyone fiddling with her spells and magic books and causing a ruckus. And she only ever used good magic―until she meets Hansel and Gretel… Hansel & Gretel are two very naughty and very rude children, and they are trying Willow’s patience. 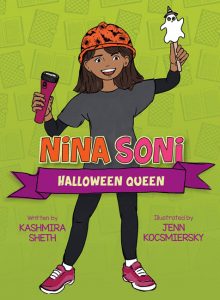 Halloween brings out Nina Soni’s competitive spirit. Her friend Jay has a great costume planned, so–of course–Nina has to come up with an even better idea. A bunch of old boxes in the basement inspires her to create an impressively scary haunted house, for which she can charge admission. So what could possibly go wrong for the Halloween Queen?

Charlie Bumpers vs. The Squeaking Skull
by Bill Harley
illustrated by Adam Gustavson

Fourth graders Charlie and Tommy have big plans for Halloween. They’re going to trick-or-treat and sleep over at Alex’s house. But when Charlie finds out that the entertainment at the party will be the “Scariest Horror Movies Ever,” he is struck by panic. And when Charlie finally comes up with a genius idea to win the prize for best costume, he runs into an unexpected obstacle. How will Charlie be able to enjoy Halloween this year? 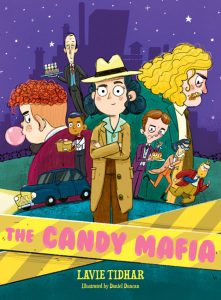 The Candy Mafia
by Lavie Tidhar
illustrated by Daniel Duncan

Nelle Faulkner is a preteen private detective living in a city where the mayor has prohibited candy and kid-led candy gangs are thriving. So when notorious candy gangster Eddie de Menthe asks for her help finding a missing teddy bear, Nelle Faulkner is on the case. But when the teddy turns up, Eddie himself goes missing, and Nelle and her friends quickly find themselves swept up in a shady underworld of sweets smugglers, back alley deals, and storefront firebombs. Can she and her friends find a way to take the cake? Or will they come to a sticky end?