May is AAPI Heritage Month, and we are excited to celebrate the diverse cultures and experiences of Asian American and Pacific Islander heritage with a great group of picture books and middle grade novels. 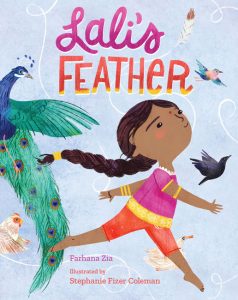 “This circular story has the ring of an Indian folk tale. Its art strikingly contrasts the warm bright colors of silks and spices with the lush turquoise of peacock feathers.” —The New York Times

Lali finds a little feather in the field. Who might it belong to? Lali sets out to find the feather a home, but one bird after another rejects it. The feather is too small for Rooster, too slow for Crow, and too plain for Peacock. That is until Lali decides to keep the little feather and discovers all the things she can do with it, and the other birds begin to recognize its value. 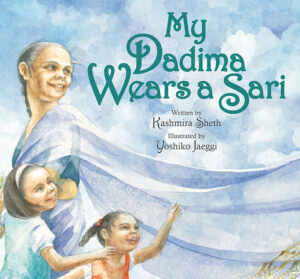 “A strong depiction of family, this story shows how meaningful traditional clothing can be.” ―Kirkus Reviews

Kashmira Sheth provides a warm, unique peek into Indian culture in this sensitive portrait of a grandmother and her American granddaughter. Hindu words defined and sprinkled throughout the text further add to the story’s authenticity. Yoshiko Jaeggi’s sweeping, colorful, and fanciful watercolor illustrations capture the extraordinary bond of love that unites families across generations and cultures. A note from the author and instructions for wrapping a sari are included. 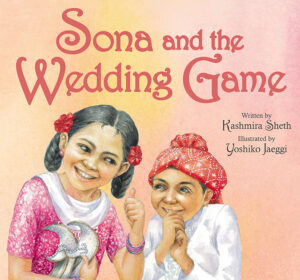 ★ “Everyone will want to attend this wedding.” ―Kirkus Reviews

Sona’s big sister is getting married and she’s been given an important job to do. She has to steal the groom’s shoes. She’s never attended a wedding before, so she’s unfamiliar with this Indian tradition―as well as many of the other magical experiences that will occur before and during the special event. But with the assistance of her annoying cousin Vishal, Sona finds a way to steal the shoes and get a very special reward. 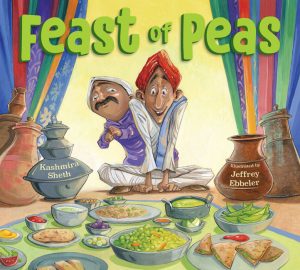 Feast of Peas
by Kashmira Sheth
illustrated by Jeffrey Ebbeler

Every morning, Jiva works in his garden until the sun turns as red as a bride’s sari. He plants peas and beans, potatoes and tomatoes, eggplants and okra in his vegetable patch. But each time Jiva is ready to pick the peas for his feast, they’re already gone. He tries making a scarecrow and a fence, but it’s no use. Who might have taken them this time? 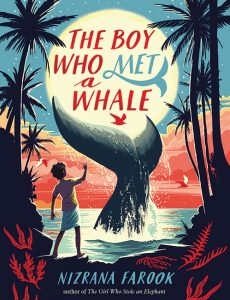 The Boy Who Met a Whale
by Nizrana Farook

A Sri Lankan fisherboy is swept up in a thrilling seafaring adventure, complete with a kidnapping, missing treasure, and a huge blue whale! Razi, a local fisherboy, is watching turtle eggs hatch when he sees a boat bobbing into view. With a chill, he notices a small, still hand hanging over the side. Inside is Zheng, who’s escaped a shipwreck and is full of tales of sea monsters and missing treasure. But the villains who are after Zheng are soon after Razi and his sister, Shifa, too. And so begins an exhilarating escapade in the shadow of the biggest sea monster of them all. 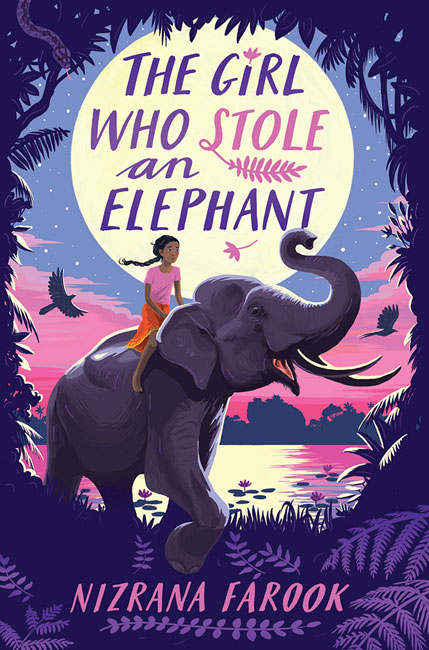 The Girl Who Stole an Elephant
by Nizrana Farook

“A rich and joyful adventure story for those who enjoy daring escapades in a fairy-tale setting.” ―School Library Journal

Chaya, a nobleman’s rebellious, outspoken, no-nonsense daughter, just can’t resist the shiny temptations the king’s palace has to offer. But playing Robin Hood for her impoverished community doesn’t come without risks, and when Chaya steals the queen’s jewels from a bedside table―a messy getaway jeopardizes the life of a close friend. 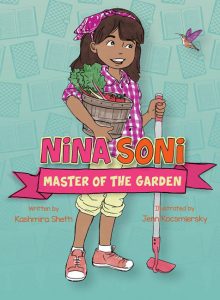 Nina Soni, Master of the Garden
by Kashmira Sheth
illustrated by Jenn Kocsmiersky

“Plants aren’t the only things that grow in this book about perseverance, friendship, and personal growth.” ―Kirkus Reviews

Indian-American girl Nina Soni has big plans for her garden, but they don’t include bugs, slugs, and rabbits. Readers are sure to relate to Sheth’s endearing Nina Soni, her family and friends, and her slightly scatter-brained efforts to manage her life with lists, definitions, and real-life math problems. A fun read for diverse book collections as well as for STEAM enthusiasts!