Home > The World of Peachtree Publishing > Adam Gustavson > Blog Tour for Charlie Bumpers vs. the Squeaking Skull
It’s true what Kirkus Reviews says! “Charlie Bumers is back on the scene, “scaring himself into another life lesson” with his fourth- grade friends.
Can Charlie face his fear of horror movies and enjoy Halloween?
Charlie and Tommy have big plans for Halloween. They’re going to trick-or-treat and sleep over at Alex’s house. But when Charlie finds out that the entertainment at the party will be the “Scariest Horror Movies Ever,” he is struck by panic. Charlie loves candy, he loves sleepovers with his friends, but he absolutely hates horror movies. 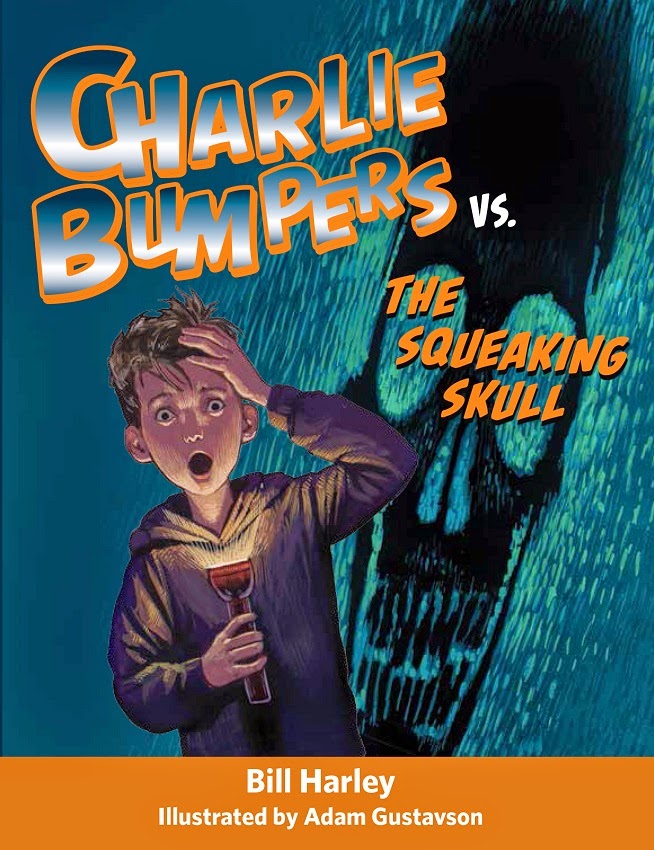 Bill Harley is a two-time Grammy Award-winning storyteller, musician, and writer who has been writing and performing for kids and families for more than twenty years. He is the recipient of Parents’ Choice and ALA awards. Bill won a 2007 Grammy Award for his children’s storytelling album Blah Blah Blah and a 2009 Grammy Award for his children’s spoken-word album Yes to Running! Bill Harley Live. He lives in Massachusetts.
Adam Gustavson has illustrated sixteen books for children, including Mind Your Manners, Alice Roosevelt!and Snow Day!. He lives in New Jersey.
Check out our Blog Tour:
Monday 9/22- Picture Books to YA & The Write Path
Tuesday 9/23- Geo Librarian & Kid Lit Reviews
Wednesday 9/24- Kiss the Book
Thursday 9/25- Blue Owl
Friday 9/26- The Late Bloomer’s Book Blog