Whether you’re looking to broaden your reading horizons with a more diverse set of books, authors, and themes, or you’re looking for books that mirror your own experience and the experiences of the people in your community, check out this great group of YA novels. From racial and ethnic diversity to neuro-diversity and gender and orientation diversity, these books will encourage conversation as surely as they will entertain and charm readers. 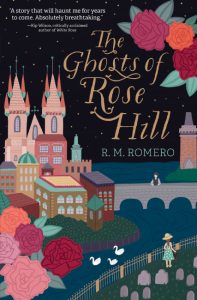 The Ghosts of Rose Hill
by R.M. Romero

Sent to stay with her aunt in Prague and witness the humble life of an artist, Ilana Lopez—a biracial Jewish girl—finds herself torn between her dream of becoming a violinist and her immigrant parents’ desire for her to pursue a more stable career.

When she discovers a forgotten Jewish cemetery behind her aunt’s cottage, she meets the ghost of a kindhearted boy named Benjamin, who died over a century ago. As Ilana restores Benjamin’s grave, he introduces her to the enchanted side of Prague, where ghosts walk the streets and their kisses have warmth. 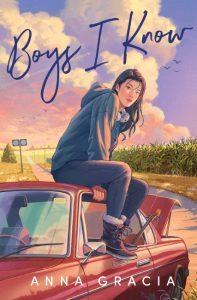 Boys I Know
by Anna Gracia

June Chu is the “just good enough” girl. Good enough to line the shelves with a slew of third-place trophies and steal secret kisses from her AP Bio partner, Rhys. But not good enough to meet literally any of her Taiwanese mother’s unrelenting expectations or to get Rhys to commit to anything beyond a well-timed joke.

June doesn’t see the point in trying too hard if she’s destined to fall short anyway. Instead, she focuses her efforts on making her relationship with Rhys “official.” But after her methodically planned, tipsily executed scheme explodes on the level of a nuclear disaster, she flings herself into a new relationship with a guy who’s not allergic to the word girlfriend. 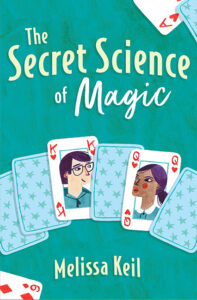 The Secret Science of Magic
by Melissa Keil

Meet Sophia: former child prodigy and 17-year-old math mastermind. She’s been having panic attacks since she learned that after high school, former prodigies either cure cancer or go crazy. It’s a lot of pressure. So Sophia doesn’t have the patience for games right now. She especially doesn’t have the patience to figure out why all these mysterious playing cards keep turning up inside her textbooks. Meet Joshua: highly intelligent, cheerfully unambitious, and an amateur magician. He’s Sophia’s classmate, and he’s admired her for as long as he can remember. He thinks the time is perfect to tell Sophia how he feels. He doesn’t know how wrong he is. . . . 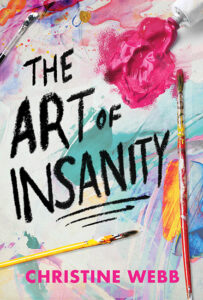 The Art of Insanity
by Christine Webb

High schooler Natalie Cordova has just been diagnosed with Bipolar disorder. Her mom insists she keep it secret.

Putting up a front and hiding her mental illness from her classmates is going to be the hardest thing high schooler Natalie Cordova has ever done. It’s her senior year, and she’s just been selected to present her artwork at a prestigious show. With the stress of performing on her shoulders, it doesn’t help when Natalie notices a boy who makes her heart leap. And then there’s fellow student Ella, who confronts Natalie about her summer car “accident” and pressures her into caring for the world’s ugliest dog. Now Natalie finds herself juggling all kinds of feels and responsibilities. 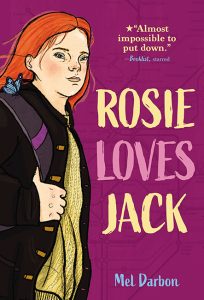 Rosie is a sixteen-year-old girl with Down syndrome who’s fighting for little freedoms and tolerance and love.

Rosie loves Jack. Jack loves Rosie. So when they’re separated, Rosie will do anything to find the boy who makes the sun shine in her head. Even run away from home. Even struggle across London and travel to Brighton, though the trains are cancelled and the snow is falling. Even though people might think a girl like Rosie, who has Down syndrome, could never survive on her own. 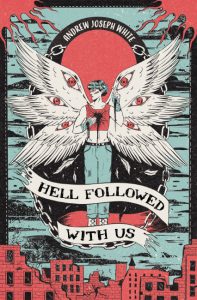 Hell Followed with Us
by Andrew Joseph White 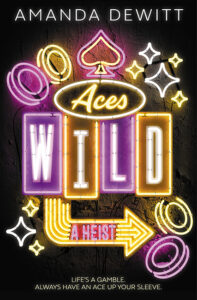 Everything starts falling apart when Jack Shannon’s mom is arrested for their family’s ties to organized crime. His sister Beth thinks this is the Shannon family’s chance to finally go straight, but Jack knows that something’s not right. His mom was sold out, and he knows by who. Peter Carlevaro: rival casino owner and jilted lover. Gross.

Jack hatches a plan to find out what Carlevaro’s holding over his mom’s head, but he can’t do it alone. He recruits his closest friends—the asexual support group he met through fandom forums. Now all he has to do is infiltrate a high-stakes gambling club and dodge dark family secrets, while hopelessly navigating what it means to be in love while asexual. Easy, right?