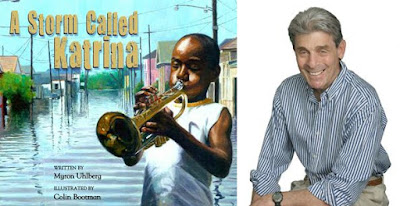 Ten years ago, on August 28, 2005, like millions of Americans around the country, I sat glued to my television screen as a monster hurricane came barreling out of the Gulf of Mexico.

I grew up in Brooklyn, barely two miles from Coney Island and the surly Atlantic Ocean. In those pre-electronic days of no TV (let alone computers, iPhones, and IPads), life seemed fairly dull. But one wild September day, when I was eleven years old, the Great Atlantic hurricane of 1944 hit land just east of Brooklyn. I remember holding my coat open, being swept up and down my street by winds that were later reported to be over 100 miles per hour.

Ever since that day in my childhood, hurricanes had held for me an odd fascination. I had begun following the path of Katrina as it approached the southernmost coast of Florida on August 2. At that time the storm was seemingly on a collision course with Aventura, a city founded by Don Soffer, a friend and football teammate from my Brandeis University days. My first girlfriend, whom I’d met as a freshman at Brandeis, also lived in Aventura. This hurricane was personal.

Katrina passed over south Florida, causing considerable damage. With much of her energy spent, she limped, like a dowager in high heels, into the Gulf of Mexico.

However, within a matter of hours, fed by the warm waters of the Gulf, Katrina regained her strength, flexed her muscles, and headed west. The guessing game began: When would she turn toward land? Where would she hit? The Florida panhandle, Alabama, Mississippi, Louisiana, or perhaps even as far west as Texas?

Anyone who watched the course of that storm over the next two days will remember how Katrina finally made up her mind and hooked to her right, northwards. The suspense ended as it became obvious that she was headed straight for New Orleans—a man-made, crescent-shaped city built on reclaimed land, much of it below sea level, surrounded by two lakes, the Mississippi River, and the Gulf of Mexico.

Who can forget the images we saw on our TV screen? Winds up to 140 miles per hour and rain falling with biblical intensity. The mighty Mississippi River, one of the largest and most powerful rivers in the world, being pushed backwards, upstream, like a mere puddle. And then the canals overflowing, the levees collapsing, and New Orleans being inundated.

Whole sections of the city had been reduced to roofs poking up like tiny islands in a new lake. And on the roofs were people, in plain sight but apparently ignored. That image struck me. In that moment, those people were experiencing the reality that my deaf parents lived with many times—in plain sight but ignored by the hearing. I couldn’t get that actual, as well as metaphorical, relationship from my mind’s eye. Yet how easy it was, at the end of the day, to click off our TV sets, and as the screen went dark, to turn our back on what we had witnessed.

Over the course of the next three days, I watched the horror of what Katrina—and years of neglect and indifference—had spawned. New Orleans was drowning right before our eyes.

And where were the children?

Every one of my children’s books have started with some aspect of my life, lived as the hearing child of two deaf parents. What I witnessed on TV that August, and later researched in newspapers, books, and websites—the words and the photos—brought to my mind the powerlessness, the confusion, the terror, the uncertainty, and the need for adult reassurance that all the children of Katrina must have experienced, as I had experienced at various times in my young life, and as all children experience at some point.

I was compelled to write the story of one such child of Katrina—a boy who loved his parents and depended on them to see him through any situation—and the story of his parents, who provided him with the love, protection, and hope for the future that we trust all parents will offer to their children.

Once the book was written, I felt I could say no more. Then I considered who might be best to illustrate Louis Daniel’s story. Who could feel what Louis Daniel felt? Who could express artistically what this boy and his family went through during this horrendous life-altering event?

I visited New Orleans for the first time in 2006, less than one year after Hurricane Katrina. I was there for the American Library Association convention. Illustrator Colin Bootman and I were to receive the ALA Schneider Family Book Award for Dad, Jackie, and Me, a book we’d worked on together. We had never met. But I felt, in a way, that I knew Colin. His artistic interpretation of my deaf father in that story was so emotionally accurate, he might very well had known him. 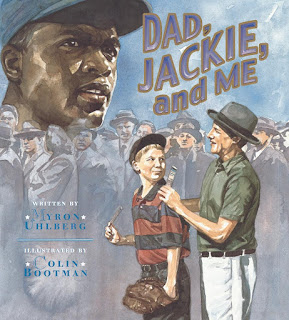 I had brought the manuscript of Louis Daniel and hurricane Katrina to the convention. My thought was to show it to Margaret Quinlin—the president and publisher of Peachtree Publishers—who would join us in accepting the award.

Prior to the awards ceremony, I saw the Superdome and visited the Ninth Ward. What I saw on those visits and the emotions they triggered have remained with me to this day, nine years later.

Finally, at a luncheon in honor of the Schneider family award recipients, I met Colin Bootman. We—a kid from Brooklyn and a boy born in Trinidad—hit it off immediately. The next day we met for coffee in my hotel’s lobby, and he asked me what we could do as a follow-up to our collaborative award-winning book. I told him that I had been working on a story about a family from the Ninth Ward who had been caught in Hurricane Katrina.

“Tell me more,” he said. And I did, laying out the entire incredible story of Louis Daniel and his family’s escape from the rising floodwaters, and their subsequent misery during their stay in the Superdome.

Colin listened with rapt attention. When I was finished, he only asked me one question: “How do you visualize the boy, Louis Daniel?” I described a ten-year-old boy who loved playing his cornet, just as Louis Armstrong had done many years before him, when he was a boy living in New Orleans.

“I want to do this book!” Colin said. “I know this boy. How long will it take to write?”

“I already wrote it.”

“Now,” I said, and went up to my room to get the manuscript.

Colin Bootman’s art for this book was beyond my greatest expectations; he captured Louis Daniel perfectly. And his cover art showing Louis under a blue cloudless sky, joyously blowing his cornet on a flooded street in the Ninth Ward of New Orleans, was breathtaking. It was all there: catastrophe, the aftermath, life continuing, and the miracle of hope.

It has often been said, you can’t judge a book by its cover. But in the case of A Storm Called Katrina, I believe you can.

As an American History major in college, I was taken with Gore Vidal’s shorthand description of America. He called it “The United States of Amnesia.”

I’ve just turned 82, and often reflect on how much America, and life lived in America, has changed since I was a boy. So much has happened—a series of brutal wars, growing economic inequality, continuing struggles for human rights, increasing dependence on lightning-fast electronic communication and quick sound bites at the expense of building deep commitments and personal relationships. All this does seem to have resulted in a mind-numbing national amnesia.

In writing a story about what happened to a family in New Orleans during and after Hurricane Katrina, I hoped to suggest that there was still time to recover, to see the light of what’s truly important in America: family, community, shared purpose, and hope for a better future for everyone.

Whether I succeeded or not, I will always treasure the time I spent in the effort.