Bunnies can be small and shy, but they can still have big adventures! And with warmer temperatures bringing more time spent outdoors, rabbits are our favorite animal to spot in springtime. Whether you know a little reader who is feeling like exploring the unknown or making a new friend, performing some magic or stubbornly saying NO! to everything, look no further than these four adorable bunny-packed picture books. 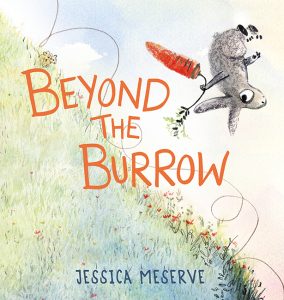 Beyond the Burrow
by Jessica Meserve

Rabbit’s life in her burrow is safe and cozy. She doesn’t leave the burrow, she doesn’t face danger, and she especially doesn’t go near any non-rabbit creatures. But one morning, an extra-juicy carrot tempts Rabbit outside the burrow, and an unlucky fall sends her tumbling past all the bounds she knows. Will the non-rabbit world prove as awful as she fears? This humorous adventure is the perfect conversation-starter about comfort zones and the potential joys of breaching them. 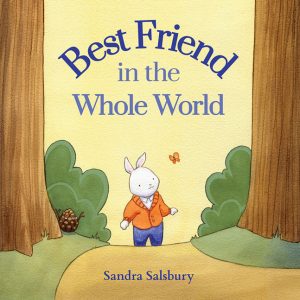 Best Friend in the Whole World
by Sandra Salsbury

Roland enjoys his peaceful life in the woods, but sometimes it gets lonely. When he finds a pinecone named Milton, he’s overjoyed to finally have a friend who enjoys all his favorite activities. But then one day, the woods are full of urgent signs about a missing best friend; a best friend who looks a lot like Milton. Roland has a hard choice to make; but maybe doing the right thing won’t turn out to be so bad. A sweet, sensitive story with a lesson to share about reaching out and noticing when someone could use a friend. 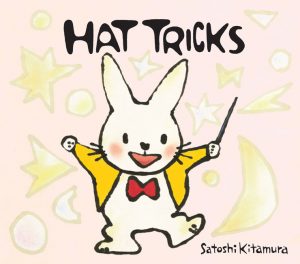 Welcome to Hattie’s magic show! After hopping out of her own hat, Hattie produces more and more outrageous creatures from within. Each newcomer first pokes a tail, trunk, or antler over the brim, giving readers the chance to guess who it may belong to. You’ll never guess Hattie’s grand finale! This bright and colorful story is an ideal preschool read-aloud.

No! Said Rabbit
by Marjoke Henrichs

Little rabbit loves saying NO! to his mom’s directions. He doesn’t want anyone to tell him what to do! But when he thinks about it more, sometimes her ideas might be pretty good ones after all… Cranky youngsters and grown-ups alike will certainly resonate with this good-natured saga of breakfast, bedtime, and all the daily to-dos in between.