For children who are just starting to make friends with classmates and others around them, seeing different examples of friendships and relationships come to life in books is both important and enjoyable. We’re sharing a list of children’s books that highlight the trials and triumphs of friendships in all forms, and what it means to be a good friend.

For young children being exposed to books for the first time, Stanley and the cast of adorable characters in their little community provide a great example of how friends help each other. Whether Myrtle needs help fixing her car in Stanley’s Garage, or Stanley needs Little Woo’s help to prepare a picnic party in Stanley’s Numbers, you can’t go wrong with any book in the Stanley series.

A Friend for Mole 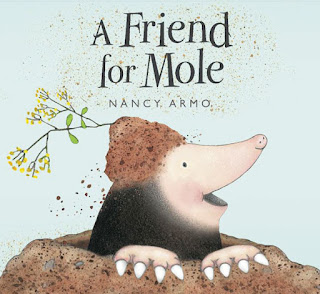 When an accidental encounter throws Mole and Wolf together, they learn one is afraid of the light, and the other is afraid of the dark. With each other’s help, they both learn that friends are all they need to conquer their fears. 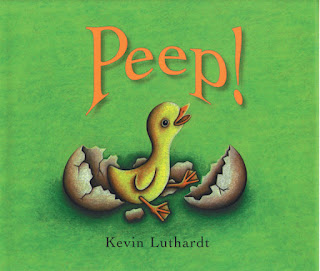 A newly hatched duck immediately attaches itself to the first thing it sees—a warmhearted young boy. Soon the two are inseparable, but the duckling is growing up and the boy realizes with a great pang of sorrow that his friend will have to return to live among its own kind. This deceptively simple story poignantly and humorously dramatizes the special tale of friendship and demonstrates the importance of learning to let go of something you love. 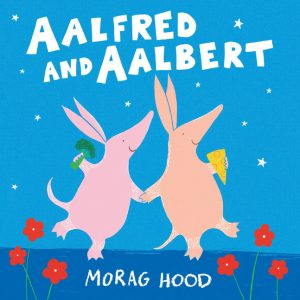 Aalfred and Aalbert lead solitary lives―so how will they ever meet? This adorable story about two aardvarks and an unlikely matchmaker will appeal to families with LGBTQ parents and family members as author-illustrator Morag Hood keeps children laughing with funny situations and entertaining teachable moments about relationships.

Duck & Penguin are NOT Friends 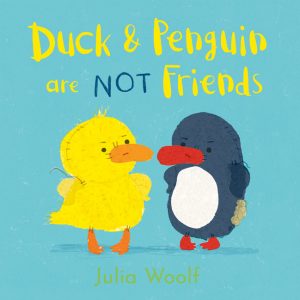 Duck and Penguin are not friends, despite what Betty and Maud might have you think. This laugh out loud tale about the secret world of toys from author-illustrator Julia Woolf makes the perfect read-aloud with a relatable topic and hilarious illustrations that will have children begging for multiple reads.

Lula and the Sea Monster 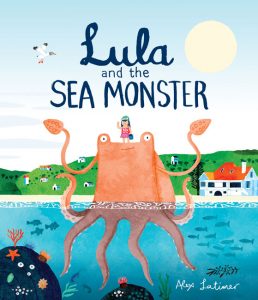 Lula loves living by the beach. But soon, her family must leave their home to make way for a new highway. Before moving day, Lula makes friends with a small sea monster that she names Bean. Each day Lula returns to the beach to feed him. And each day Bean grows bigger and bigger. But what will happen to Lula’s new friend once she moves away? 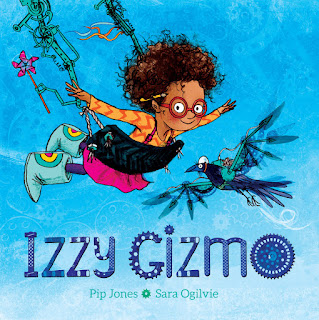 Izzy Gizmo loves to invent things, but they don’t always work. When she finds a crow with a broken wing, she just has to help! She tries to build him a new pair of wings, but nothing is working! Can Izzy overcome her failure to help her crow friend fly again? This feisty tale of determination, ingenuity, and friendship is sure to capture the imaginations of young inventors. 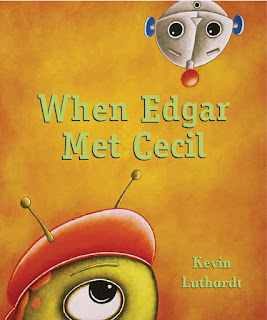 When Edgar and his family move to a new town, everything seems so different and scary. But as Edgar soon learns, sometimes you have to rise above your fears to make a new friend, and sometimes that friend may be the last person—or alien—you’d expect. 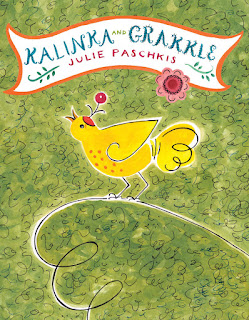 Kalinka is a showy little bird with an eye for neatness, but her grumpy neighbor Grakkle doesn’t care one bit about cleaning. Can an unfortunate accident plus a little humor and empathy help an odd couple like this see eye to eye? Highlighting themes of friendship and compromise, this fun and whimsical picture book shows readers that even the most paradoxical of pairs can overcome their problems and still be friends.

The Princess and the Packet of Frozen Peas 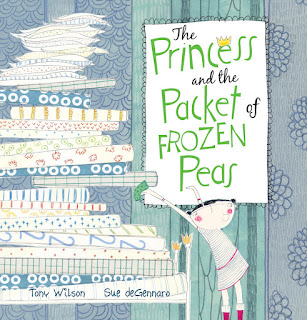 This quirky and modern twist on the classic fairy tale proves that real friendship surpasses appearances and titles. As Prince Henrik starts on a mission to find the perfect princess for his camping and hockey adventures, he learns that sometimes the best person for you is your friend. 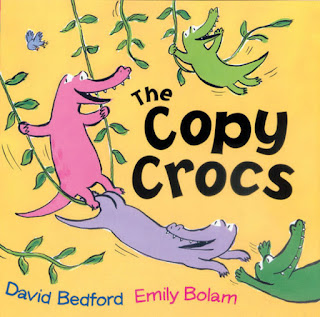 Crocodile has a big imagination. But he has a big problem too. He’s always thinking up fun, new things to do, but no matter what he does, all the other crocs follow him and copy him—every time! When Crocodile finally manages to escape his fellow crocs, he learns being by himself is not nearly as much fun as being with his friends. 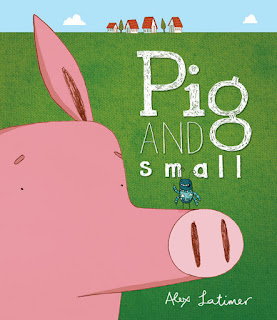 Pig and Bug just want to be friends, but their size is a BIG problem. This enchanting tale of friendship despite differences—and sizes—reminds us about the importance of compromise, patience and respect. Because, at the end of the day, we ALL want to join in on the fun!
Raymond and Nelda 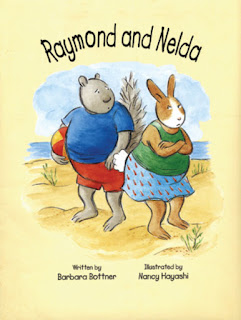 Raymond and Nelda are the best of friends, but one day when Nelda twirls for Raymond and falls down, Raymond laughs at her. Now the two aren’t speaking, but life isn’t nearly as much fun without a best friend. What will it take for these two to make up and be best friends again? This quirky story negotiates the highs and lows of relationships.

King is a happy and adorable golden retriever who loves just about everything, including his human Kayla. As a new mystery presents itself in each book in this early reader series, King tries to help Kayla figure out what they know, what they don’t know, and how to solve the case. If only Kayla could understand his barks!

Claude and his best friend Sir Bobblysock love to go exploring, but they always seem to get themselves into trouble. Join this endearing duo as they go on fun adventures at the beach, in the country, on the big screen, and more in this delightfully odd series perfect for transitioning readers looking for a laugh-out-loud story.

Charlie and his friends Tommy and Hector always seem to find a way to get in trouble (to make problems even more complicated) one way or another! But the series also navigates real and relatable elementary school issues, like making friends and getting along with siblings and classmates. And Grammy Award-winning author Bill Harley uses humor to illuminate important values such as learning to live together as a family and making the best of a bad situation.
Nina Soni, Former Best Friend 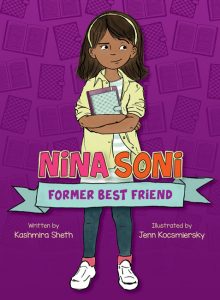 Introducing the first title in a new series featuring a lovable, distractible Indian-American girl and her family and friends, with illustrations by Jenn Kocsmiersky. Readers are sure to relate to author Kashmira Sheth’s endearing Nina Soni and her slightly scatter-brained efforts to manage her life with lists, definitions, and real-life math problems.
Crossing Jordan 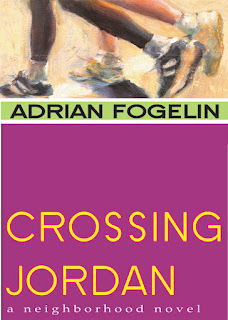 When African-American Jemmie moves in next door to white Cassie, both of their parents don’t want them socializing with each other. As they find they share more similarities than differences and begin to build a friendship, the two girls must learn how to address their parents’ deeply held prejudices. With unforgettable characters, author Adrian Fogelin addresses the complex issues of bigotry and tolerance with sensitivity and intelligence, poignantly reminding readers of fences that too often separate us from one another.

In this playful homage to Charles Dickens, unlikely allies learn the lessons of a great friendship. Skilley, an alley cat with an embarrassing secret, hope to trade his street-cat life in London’s damp alleyways for the warmth of ye olde Cheshire Cheese Inn. Striking a bargain with Pip, an erudite mouse, Skilley agrees to protect the mice who live at the inn, and in turn, the mice will provide Skilley with the thing he desires most. But when Skilley and Pip are drawn into a crisis of monumental proportions, their new friendship is pushed to its limits.
The Secret Science of Magic 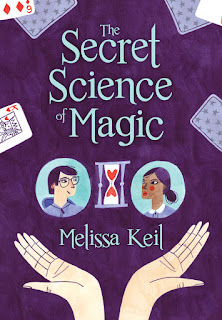 Sophia, a former child prodigy and seventeen-year-old mastermind, is feeling a lot of pressure about figuring out her future, so she doesn’t have the patience for games right now, and especially doesn’t have the patience to figure out why all these mysterious playing cards keep turning up inside her textbooks. Meanwhile Joshua, a cheerfully unambitious amateur magician, has admired Sophia from afar for as long as he can remember, and has finally mustered up the courage to tell her how he really feels. He just doesn’t know how off his timing really is… This heartwarming tale of unconventional romance and finding your own magic is perfect for anyone who believes in making friends with the freaks.

Find these books and more at your local library, indie bookstore, or Barnes & Noble.